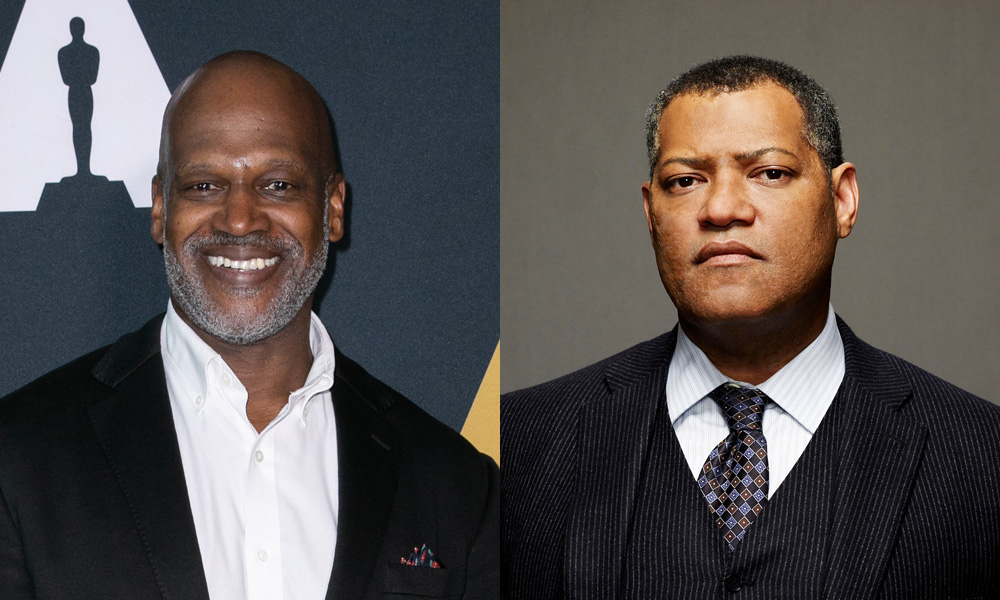 Television and feature film screenwriter and producer Rob Edwards has written the script and is making his directorial debut with indie animated feature Sneaks. The film is produced by Len Hartman and Gil Cloyd of Lengi Studios and Laurence Fishburne and Helen Sugland of Cinema Gypsy Productions. Meko Yohannes and the producers of Academy Award-winning animated short If Anything Happens I Love You, Robyn Klein and Jeremy Ross, will serve as executive producers.

Sneaks is the heartwarming and comedic adventure of Ty, a misguided, one-of-a-kind, designer sneaker who doesn’t know life outside the comforts of his velvet-lined shoe box. After his sister is stolen by a shady collector, Ty must venture into NYC to find and rescue her. In the adventure of a lifetime, Ty meets a rag tag group of footwear friends from all walks of life who help him find the courage to step outside of his shoe box and find his “sole-mate.”

“I think of Sneaks as kind of a hip-hop Toy Story,” said Edwards. “I try to make movies that my whole family will enjoy, and Sneaks has got heart, humor, friendship as well as some themes that I hope will connect with people. It’s both classic and contemporary at the same time and I can’t wait for people to see it come to life.”

Cinema Gypsy brings a wealth of successful animation experience, including the Daytime Emmy-winning Amazon Studios special The Snowy Day and upcoming Marvel animated series Moon Girl and Devil Dinosaur for Disney Channels Worldwide. Beyond his involvement as a producer, Fishburne also will voice the role of The Collector.

“I am so thrilled to be a part of this project and to bring the animated world of Sneaks to life,” said Fishburne. “There is such an incredible and talented group of people involved and it is a pleasure to work alongside them.”

Multi-platinum and Grammy-winning artist Mustard, who is on board as the film’s executive music producer, noted, “Music plays an important part in the storytelling of films. I’m excited to tap in and be a part of a project that brings both the sneaker culture and music together.”

Sneaks is being produced with the contributions of cultural ambassador Bobbito Garcia. Matt Ahrens (Next Gen) will serve as editor and Ovi Nedelcu (Space Jam: A New Legacy) as lead character designer. Pre-production, design and storyboard work is underway with House of Cool (Ferdinand) in Toronto, and the animation will be done by Assemblage (Arctic Dogs) in Mumbai.

The film is represented by CAA Media Finance (North America) and GFM Animation (International). GFM Animation will be launching sales of the film at the upcoming Cannes market.

Edwards is currently writing projects for Showtime, Sony, Paramount, Wise-Blue, Mofac, and Chris Rock. A 20-year television veteran, his writing and producing credits also include The Fresh Prince of Bel-Air, Full House and In Living Color; he also wrote and created Out All Night. In 2012, Edwards launched robedwards.net where he shares the tools he has developed over 30 years of writing professionally. He is an adjunct professor of screenwriting at Syracuse University.

Lengi Studios is a ground-breaking animation company located in Columbus, Ohio. Dedicated to the production of family friendly, original content, Lengi productions include both feature films and episodic series. Equipped with a state-of-the-art studio on the campus of the Columbus College of Art & Design, Lengi produces high-quality animated content in the heart of one of the country’s most vibrant and dynamic regions.

Cinema Gypsy Productions was founded in 2000 with an eye toward developing projects that highlight cultural, racial and gender diversity issues in America. They are the executive producers of Emmy-nominated and NAACP Award-winning black-ish (ABC), as well as its spinoffs Grown-ish, Mixed-ish and newly announced Old-ish. They have produced numerous nominated and award-winning projects, including Thurgood (HBO), Five Fingers (Lionsgate) and Akeelah and the Bee (Lionsgate).