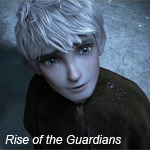 A lot of solid buzz has been building around DreamWorks’ upcoming holiday movie Rise of the Guardians, which unites Santa Claus with the Easter Bunny, the Tooth Fairy, the Sandman and Jack Frost against the dark forces of Pitch (aka The Boogeyman). You can get a look at the latest trailer, which tells the story from Jack Frost’s point of view online today. The film, which is directed by Peter Ramsey and produced by Christina Steinberg, also showcases excellent voice work by Alec Baldwin, Hugh Jackman, Isla Fisher, Chris Pine and Jude Law. The pic is based on books by Oscar-winning author, illustrator, animator and director William Joyce. It will be released on November 21st.

DreamWorks has also launched very ambitious Rise of the Guardians app program that incorporates stunning visuals for an epic adventure with the movie’s heroes, the Easter Bunny, Santa Claus, the Sandman. The app targets the new iPad’s retina display. The mix of stunning artwork, tablet display, and the latest technology around the in-built gyroscope, results in a highly original way of revealing each of the Guardian’s spectacular worlds. 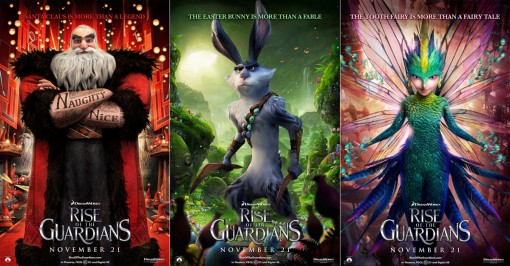