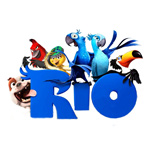 Last weekend, Blue Sky’s 3Dblockbuster hit Rio helped Fox International hit the magic $1 billion dollar mark at the global box office. To date, Carlos Saldanha’s valentine to his native country of Brazil has made over $406 million all over the world (as of May 11). This is the third year in a row that Fox Intl. has hit the $1 billion mark before the other studios. Domestically, Paramount’s Rango continues to be the top-earning animated movie of the year so far, with $121 million in U.S. grosses.

Here is a list of the year’s top-ranking features at the U.S. Box Office (according to Box Office Mojo):