RGH Entertainment, a division of Rubicon Group Holding, has begun production on Life and Adventures of Santa Claus, an animated feature film to be released in CG 3-D Stereoscopic. Directed by Anthony Bell (Alpha and Omega, Rugrats, and the upcoming Norm of the North) from a screenplay written by Rob Edwards (The Princess and the Frog, Treasure Planet), the pic is exec produced by RGH Entertainment CEO Randa Ayoubi and North American exec director David Corbett.

Inspired by L. Frank Baum’s (The Wizard of Oz) Life and Adventures of Santa Claus tells the backstory of a young boy who overcomes the odds to become one of the most beloved characters the world has ever known.

RGH will be attending the Cannes Film Festival with worldwide rights to the film, which will be available for a global theatrical release for Christmas 2014.  Rubicon is also producing the feature film Postman Pat: The Movie, in partnership with DreamWorks Classics for release in cinemas worldwide.

“We are pleased to be bringing L. Frank Baum’s timeless tale into our growing portfolio of IPs for children and all family audiences,” said Ayoubi. “Our production of Baum’s century-old book will reveal the little known story behind the myth of one of the most enchanting imaginary characters of all time.” 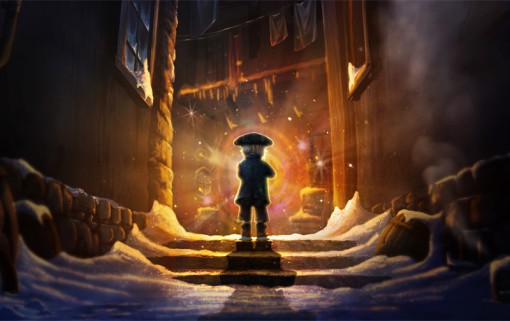 Life and Adventures of Santa Claus