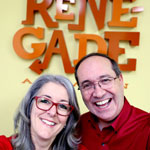 How much of a challenge has it been to keep an animation studio up and running throughout the industry’s vast technological and artistic upheaval of the past 25 years? You can definitely ask Darrell Van Citters and Ashley Postlewaite, who launched the indie toon shop Renegade Animation in 1992, and recently enjoyed their quarter-century anniversary.

With a core staff of about 25 at its Glendale, Calif., studio, and the ability to ramp-up at any time through an established free-lance base, as well as utilizing Canadian studios for the actual animation, Renegade provides production services for commercials, episodic television, videos, short cartoons, even video games. Recently, under the supervision of marketing and development head Brittney Jorgensen, the studio has launched an aggressive development-and-pitch campaign to sell their own series.

“We’ve seen our own base in terms of episodic production––we’re not even calling it television anymore — triple,” Ashley Postlewaite says. “I feel the newer players on the scene, like Netflix, Amazon and Hulu, are set up for the independents. They’re looking for things that independents creators come up with, and we’re more driven to create shows that we love and then figure out where they go.”

Prior to founding Renegade, Darrell Van Citters had been creative director at Warner Bros. Classic Animation, where he was charged with directing new Looney Tunes cartoons and commercials, including the influential “Hare Jordan” spot for Nike. While that might sound like a dream job for any animator, the problem was the future.

“Mostly what we were doing was commercials, and this whole thing about bringing the shorts back seemed to be pretty vague,” Van Citters says. “In order to keep talent, I talked to upper management about broadening our reach with commercials to where we’d do anybody’s commercials, instead of doing only licensed product commercials. I got a big, resounding ‘Eh.’”

Van Citters made the decision to strike out on his own. “I said, ‘If you guys don’t want to do this, I’ve got to go out and do something while there’s still time to do it.” He approached Postlewaite, who was then a producer for WB Classic Animation, and the two formed a business plan. Within a year, Renegade opened for business with Postlewaite as executive producer, and Van Citters as supervising director.

Initially, their plan was geared exclusively toward commercial production. One of their highest-profile ads was the 1993 Carl’s Jr. spot featuring basketball rebel Dennis Rodman, whose tattoo comes to life while he powers down a gloppy burger (Van Citters refers to such live-action and animation hybrids as “2 1/2D”). But when other, non-advertising offers came in, Renegade was open to them. “I’ve always liked the quote, ‘If you’re going to be an entrepreneur, you have to have a high tolerance for ambiguity,’” Postlewaite says.

Ambiguity became reality through a call from producer Sam Register at Cartoon Network in the early 2000s, who was prepping a pilot and needed an animation house. Renegade took both the job, and with it came an epiphany. “We were like, ‘Oh, my god, we have to figure out how to do this!’” Van Citters recalls.

The pilot went to series, and Hi Hi Puffy AmiYumi ended up running three seasons, from 2004 to 2006. It is the series for which Renegade is best known, though the studio also provided the animation for The Mr. Men Show, which ran for two seasons beginning in 2008. At the same time, it was producing an original direct-to-video feature called Christmas is Here Again, which was released in 2007.

Such work was made possible by way of the studio’s having already conquered one of its biggest challenges, the shift to all-digital animation. “Our initial business plan didn’t contemplate computers or mention the Web,” says Postlewaite. “When Flash [animation] came into the market, we thought it might be a tool that would help us create a paperless 2D pipeline, and help us be efficient enough to maybe do episodic, or longer form things in-house.” That transition was facilitated through a bit of ingenuity. “We took our traditional animation desks, with the discs in them, and retrofitted them, creating discs that would hold laptops so the animators could draw on the screens, and turn them the way they were used to,” she says. “The animators could be comfortable physically that not too much had changed.” (Since then, though, those innovative desks have all been replaced with Cintiq animation tablets.)

The Magic of Technology

Changes in technology did not simply affect the production pipeline, though. Van Citters notes that it had an effect what is being produced. “Technology has also taken commercials away,” he notes. “Then cereal companies at one point decided they didn’t want to spend the money on advertising anymore, they wanted to spend it on promotion and coupons. There was a lot to adapt to in a very small period of time. And then the damned recession hit.”

Renegade survived the crash of 2008 in large part, both say, through simple fiscal conservatism. “When we’ve had good years, we didn’t go out and buy the newest BMW,” Postlewaite says. “We saved for a rainy day, and were able to get through it.”

Van Citters also draws upon his forty years in the business as a philosophical guideline. “I got into this business in the seventies, when it was in the crapper,” he states. “Animation didn’t look like it was going anywhere, but lo and behold, we became part of the beginning of the renaissance of animation. So, I’ve been through a lot of ups and downs. But a lot of people who got into animation in the late 1980s or early ’90s, they thought it was all up.”

Van Citters’ conservative approach also seems to spread to trumpeting his own reputation. “When I go to different studios to do talks about my books [The Art of Jay Ward Productions and Mr. Magoo’s Christmas Carol], I say I’m probably the industry’s best-kept secret,” he says. Postlewaite, however, toots the horn for him. “I think a lot of people know that if it comes here it’s going to be smart, funny, and good-looking,” she says. “Darrell’s known for his sense of comic timing, and being adamant about things being tight, and working in terms of character and story. And it’s going to come in on time and on budget, and be at a high level.”

Among Renegade’s current projects is a partnership deal with the license-owner of the boomer-era “Funny Face” drink mix, which appeared in 1964 as a rival to Kool-Aid, and featured an entire cocktail of fruit-based characters. As with everything else the studio is developing, Van Citters says, “I’d like it to be funny. We need to laugh more than anything else right now.”

Through unforeseen changes in technology and distribution, through the highs of the so-called “toon boom” of the 1990s and its subsequent decline, even through the caprices of the American economy, Renegade Animation has weathered it all.

Says Postlewaite, “Somebody asked Darrell, ‘Did you ever think you’d get to 25 years?’ and his response was perfect: ‘We didn’t think we would fail, but we never thought about what it would mean if we didn’t fail.’”

“I think a lot of people know that if it comes here it’s going to be smart, funny, and good-looking. Darrell’s known for his sense of comic timing, and being adamant about things being tight, and working in terms of character and story.” 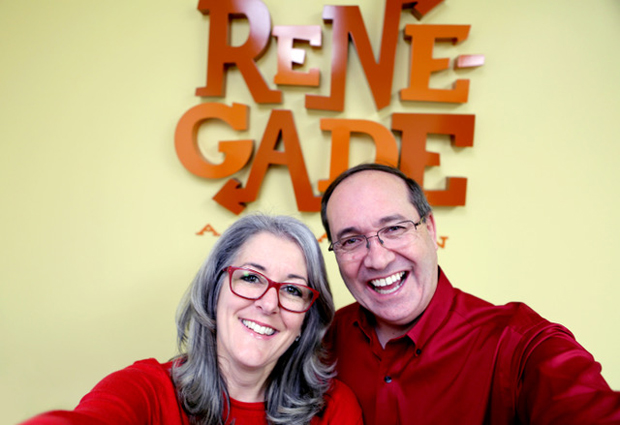 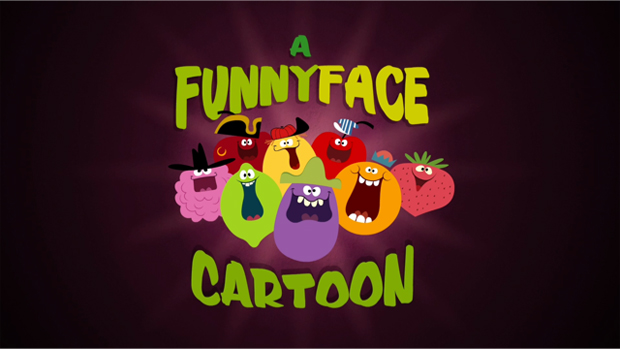 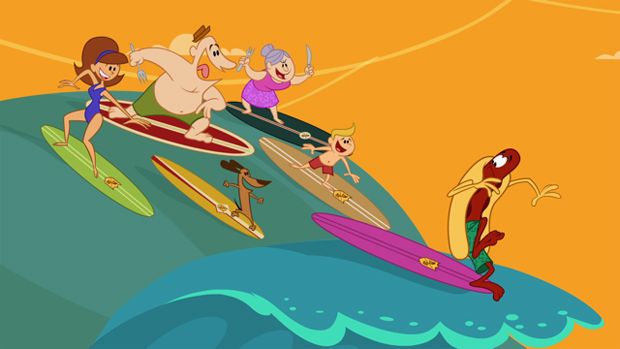 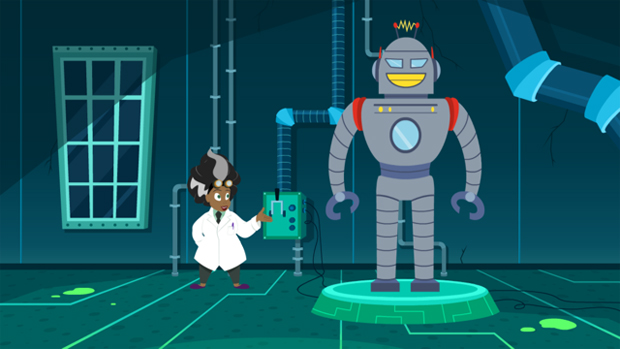 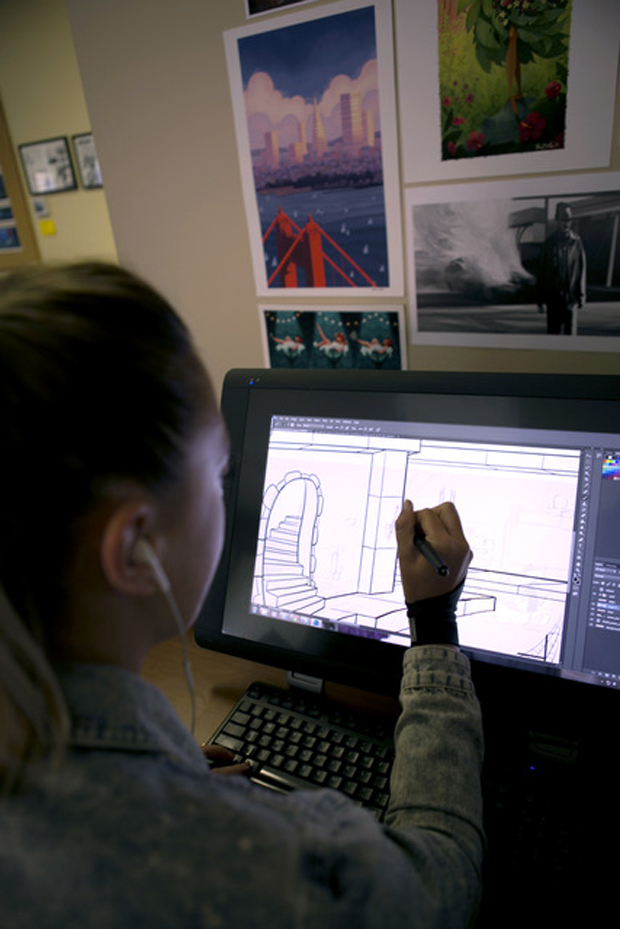