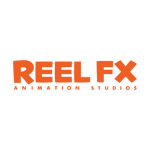 Reel FX, the L.A. and Dallas-based studio behind The Book of Life, is offering up details of its latest feature project, Wish Police, including the first concept painting for the film. Due out in late 2017 to early 2018, the project has also picked up key additions to the production and art teams.

Based on the novella by Daniel Nayeri, Wish Police is set in a world where children’s bad wishes come to life as mayhem-making villains, and a secret organization called The Wish Police must work around the clock to snag the evildoers and keep the world safe. The award-winning Spanish director trio known as Headless — a.k.a. Adrian Garcia, Alfredo Torres and Victor Maldonado — is at the helm.

Reel FX has enlisted industry veteran Kirk Bodyfelt (Cloudy with a Chance of Meatballs 2, Open Season 2 & 3) to produce the film. Bodyfelt was previously at Paramount Animation, and was one of the founders of Sony Pictures Animation. His career began at Disney Feature Animation, where he worked in production on Mulan, The Lion King and Tarzan.

Also on board are The Neuland’s Annie-nominated production designer Patrick Hanenberger (Rise of the Guardians) and art director Margaret Wuller (How to Train Your Dragon, The Croods). They will lead visual development alongside the directors.

“We couldn’t be happier to unveil a glimpse of the unique visual style of Wish Police,” says director Victor Maldonado. “We think our color palette and character designs – which you see only a hint of here – feel fresh and unexpected. We want to create a film whose visuals are as moving as its story.”