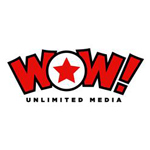 In the first 100 days since its inception,WOW! Unlimited Media has come flying out of the gates to make a legible mark on the kids and youth animation marketplace. Formerly Rainmaker Entertainment, and now comprised of core companies Rainmaker and Mainframe Studios as well as Frederator Networks, WOW! has a number of exciting projects underway….

A new deal with Amazon Studios will see WOW!’s Frederator Studios produce Costume Quest, based on the hit video game series by Double Fine Productions and the world originally created by Tasha Sounart. Aimed at kids 6-11, Costume Quest is set in the fictional town of Auburn Pines where dark forces lurk in the shadows. It’s up to four kids who discover supernormal costumes with transformative and magical powers to harness them in order to defend the sleepy town. The series is executive produced by Will McRobb (The Adventures of Pete & Pete) who also serves as story editor, as well as WOW!’s Fred Seibert (The Fairly OddParents), Kevin Kolde (Adventure Time) and Eric Homan (Adventure Time).

One month ago, it was announced that Frederator would produce the animated Netflix Original Series Castlevania, based on the classic Konami game and written by best-selling author and comics icon Warren Ellis. The first proprietary production of US-based Frederator under the WOW! umbrella, Castlevania is a dark medieval fantasy following the last surviving member of the disgraced Belmont clan, trying to save Eastern Europe from human extinction at the hand of Vlad Dracula Tepes himself. The series will be available exclusively on Netflix globally.

Vancouver-based Mainframe Studios is partnering with The Weinstein Company to producer another Netflix Original Series, Spy Kids: Mission Control (20 x 22 min.). This animated spinoff of the family film franchise follows brother and sister team Juni and Carmen Cortez as they attend Spy Kids Academy, a top secret spy school for kids. With fellow cadets, they lead a young team to battle S.W.A.M.P. (Sinister Wrongdoers Against Mankind’s Preservation) and their diabolical leader, Golden Brain. FM Demarco (Dragons: Race to the Edge) is serving as showrunner. Spy Kids: Mission Critical will be available on Netflix in 2018.

Mainframe is also currently rebooting the world’s first fully computer-animated half-hour series as ReBoot: The Guardian Code (20 x 22 min.), to be broadcast on the Corus Network (Canada), with Nelvana picking up worldwide distribution and licensing rights. According to Mainframe president Michael Hefferon, the new show is a live-action/CG hybrid that will deliver a 360-engagement experience for kids by utilizing the Unreal game engine for the animation production. The show follows four 16-year-old kids who become the next gen guardians of cyberspace. Battling viruses with the help of a virtual evolutionary reconnaissance avatar, VERA, who gets bio printed as a 16-year-old girl, the four teens must wear protective cybersuits to allow them to survive in the digital world.

Further, Mainframe is now in production on a 60-minute Barbie special, Barbie: Dolphin Magic. The studio has produced over 30 Barbie adventures with Mattel in the past 17 years.

WOW!’s feature animation company Rainmaker Studios is currently working with Awesometown Entertainment on their upcoming holiday movie Elliot: The Littlest Reindeer. The adventure unfolds when Blitzen announces his retirement on December 21, and a miniature horse has three days to fulfill his lifelong dream of earning a spot on Santa’s team at the North Pole try-outs.

Capping off these developments, WOW!’s Frederator Digital has greenlit new seasons of two of its popular YouTube series: Season 8 (50 episodes) of 107 Facts is due in April, and Season 4 of Cartoon Conspiracy — the show that confirms or debunks fan theories about their favorite toons — will debut in June. 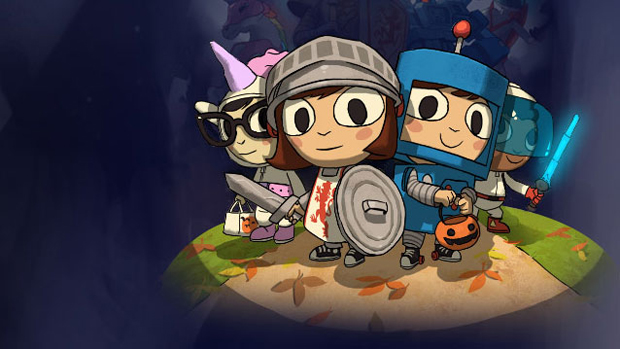