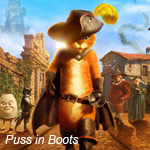 DreamWorks’ swashbuckling cat stole the number one spot at the box office for the second week in a row, crushing Brett Ratner’s Tower Heist, with a $33 million weekender. According to The Hollywood Reporter, the 3D toon had the smallest drop ever for a non-holiday, and has made $75.5 million during its first 10 days at the U.S. box office and should continue to do well next weekend (Veterans Day weekend) as well. Puss in Boots grossed $15 million from its four international performances, bringing its overseas cume to a $39 million total. In Russia, the feature has made $35 million already and is become the country’s No. 4 movie of all time.

Meanwhile in Europe, Steve Spielberg’s The Adventures of Tintin: The Secret of the Unicorn made an impressive $40.8 million during its second weekend, bringing the total to $125.3 million for the much-anticipated 3-D motion-capture adaptation. Sony distributes the feature in many of the overseas territories while Paramount handles the film stateside. The pic will close the AFI Film Festival in Los Angeles on Thursday. 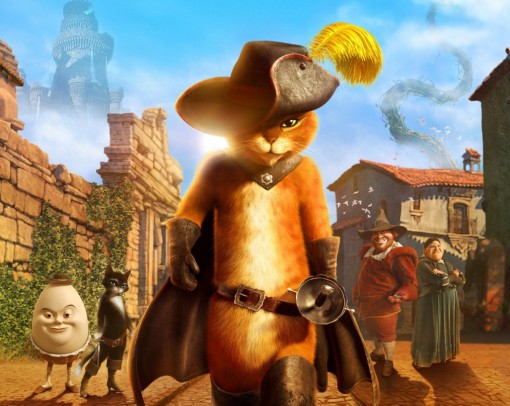