DreamWorks Animation has posted a 26% boost in revenue of $136 million, raising profits to $9.1 million for the first quarter of 2012, thanks to the healthy box office and home-entertainment performance of Puss in Boots. This is a vast improvement of the studio’s previous two quarters, during which profits fell to 51% in the third quarter of 2011.

“DreamWorks Animation’s first quarter of 2012 was driven primarily by ‘Puss In Boots’ continued success at the international box office and the solid performance from its home video release to date,” said Jeffrey Katzenberg, CEO of DreamWorks Animation. “We look forward to releasing the third chapter of our blockbuster Madagascar’ franchise in theaters on June 8th.”

The Oscar-nominted Puss In Boots, which has grossed about $554 million in worldwide box office to date, contributed $73.6 million of revenue to the quarter. The Antonio Banderas-voiced toon has sold 3.8 million home entertainment units sold worldwide through the end of the first quarter. 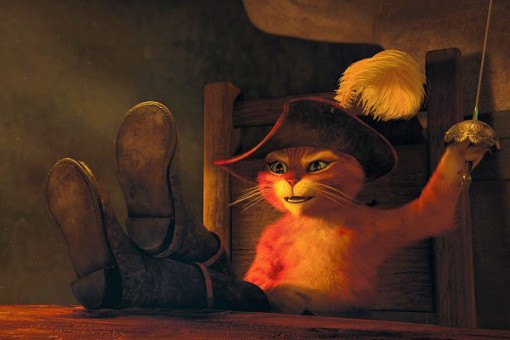 According to Daily Variety, last year’s Kung Fu Panda 2, generated $14.1 million in revenue during the same time frame from home entertainment, while 2010’s Megamind generated $5 million, from international pay TV and home video Shrek Forever After made $2.5 million in sales, and has sold more than 10 million units on home video to date.