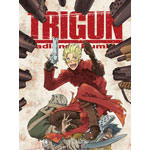 Eleven Arts and FUNimation are bringing Vash the Stampede to Stateside screens with the U.S./Canadian release of Trigun: Badlands Rumble.

One of Japan’s most celebrated characters is finally making his big screen debut on North American soil this year, thanks to Eleven Arts and FUNimation Entertainment. Since hitting shelves as the star of Yasuhiro Naito’s “Space Western” manga series Trigun in 1995, Vash the Stampede has taken his calamitous sharp-shooter act into TV animation and now a feature film, Trigun: Badlands Rumble, which became an instant hit in Japan when it premiered in April of 2010.

Animated by acclaimed studio Madhouse (who also produced the popular anime series), the film finds “human typhoon” and man on the lam Vash headed to Mecca city, where a notorious robber who escaped a bank heist 20 years prior due to Vash’s bumbling has planned his next attack. The massive reward on the thief Gasback’s head has brought bounty hunters swarming into town—including the tough but lovely Amelia, who has a special grudge against the villain.

Known for its action-filled fight scenes and sci-fi meets Old West design, perhaps the greatest draw of the Trigun saga is its hero—both an ace gunslinger and a perpetually havoc-wreaking amnesiac. 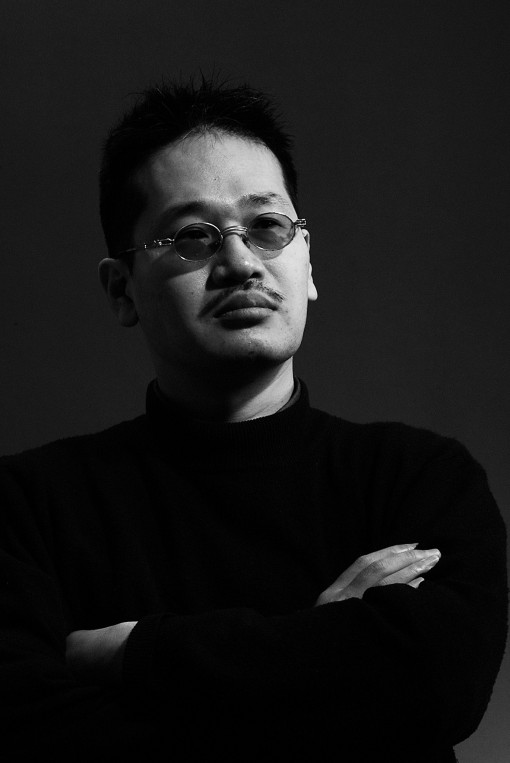 “I feel like people are attracted to the anime because Vash (the main character) has many different sides to his personality, making him all the more interesting,” says the film’s director, Satoshi Nishimura, “…And don’t forget his sarcasm!”

Nishimura, a veteran of the Trigun TV series with dozens of anime titles on his resume, says the biggest challenge the film offered was creating a brand new storyline using such well known characters. It seems Nishimura and his team succeeded, however—the film was highly regarded in Japan, and has gone on to tour festivals in several countries, including the U.S. 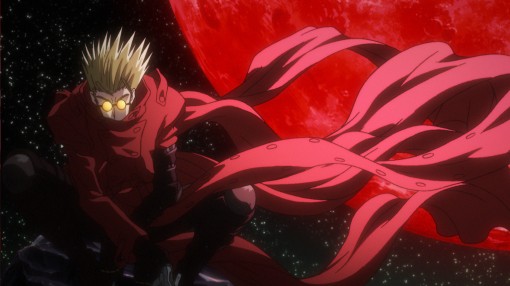 Noting that the film took about four to five years to complete production, the director—who lists Galaxy Express 999, The Return of Ultraman and Thunderbird as some of his childhood anime favorites—says that he didn’t try to set a specific style for the film, instead letting the team draw from established design elements and utilize current technology to help the film’s look take shape. He did, however, push for certain things more aggressively than others:

“…I put a lot of effort into many aspects of the movie. But I must say, I had always put effort into depicting the contrast between strong sunlight and shadows, ever since the TV series started,” Nishimura explains. “Now that the age has shifted from cel to digital animation, I think we were able to accentuate the shadows even more.” 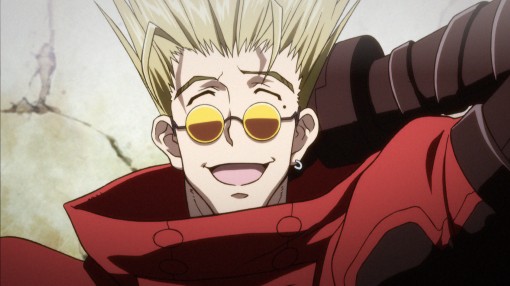 Those less familiar with the manga and anime series will be happy to know that the story and designs of Badlands have been revamped slightly to make the film more accessible to the uninitiated, while still providing an exciting new adventure for fans. Nishimura admits he was surprised to learn that Trigun had such an avid following in the English-speaking world, saying of the planned North American theatrical release. 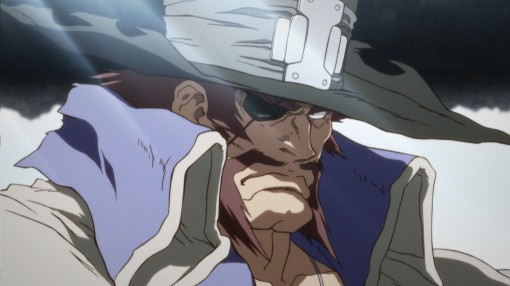 “It’s something I would never have imagined happening when I first got into the anime industry; I feel that my job has great influence on its viewers.”

When asked his opinions on the state of the animation industry in Japan, the anime veteran points out that world-wide economic troubles are creating “unnatural” levels of competition in the animation realm. But even global money woes aren’t enough to stop The Stampede! Nishimura ends with a note of gratitude for his American audiences: 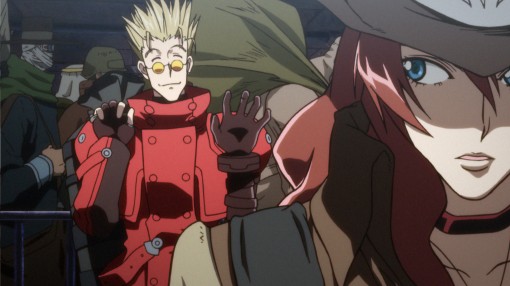 “I was motivated to create a theatrical version of Trigun because of fans in North America like you! We were only able to accomplish this because of the fans around the world who supported Trigun.

“We created this movie as a big ‘thank you’ to all of you, and of course, for people who have never seen the TV Trigun series, but are interested. All you fans of Trigun, please bring a friend who has never watched the series before and come to theaters for this movie! We promise you an absolutely amazing experience.” 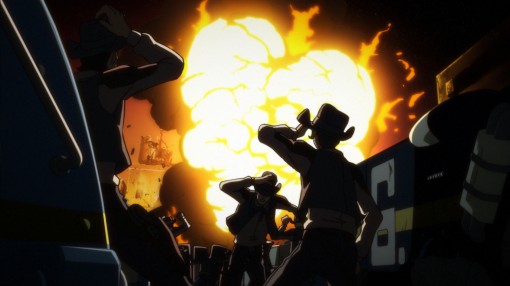 FUNimation and Eleven Arts present Trigun: Badlands Rumble in theaters across the U.S. and Canada this summer. For the latest screening dates and locations, visit www.funimation.com/trigun. 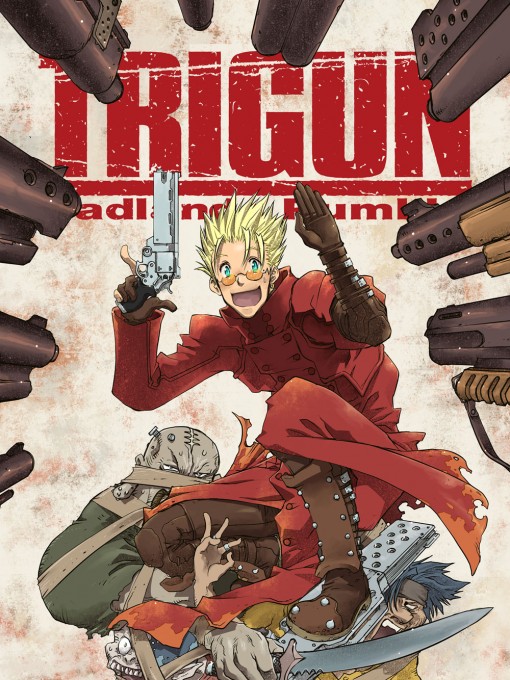