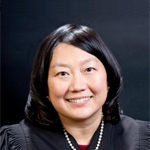 US District Judge Lucy Koh has given her preliminary approval to the $50 million payment proposed by DreamWorks Animation back in October as settlement for the ongoing animators’ class action suit against major studios. Judge Koh stated in her approval last Thursday that the settlement was “fair and reasonable”.

Further, DWA has agreed to cooperate with the plaintiffs in authenticating documents and in “not voluntarily producing any employee to testify at trial for any non-settling defendant,” Koh said.

The $50 million cash settlement, which would go into a class-action fund, is just under 40% of the damages the plaintiffs’ expert asserts DreamWorks Animation is responsible for. The plaintiffs’ attorneys are allowed to ask for up to 25% of the settlement for their fees, and each named plaintiff would receive up to $10,000. Exact payments for each affected employee will be based on a formula (available on the suit’s website).

A final fairness hearing is set for May 18.

Provided the DWA settlement is finalized, that will leave just the Disney-owned studios and ImageMovers still contending with the suit. Blue Sky was the first to settle in March 2016 for about $6 million, followed by Sony Pictures Animation and Imageworks in May with a $13 million proposal.