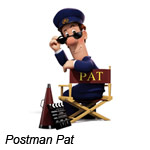 It’s Postman Pat’s 30th birthday today (Friday, Sept. 16) and the producers of the international preschool show have announced the official cast of his big feature film debut. Classic Media, RGH Entertainment (the animation development and production unit of Rubicon Group Holding) revealed that the CG-animated 3-D stereoscopic film, Postman Pat: The Movie – You Know You’re the One will feature Stephen Mangan (Episodes) as the lead while Jim Broadbent, Rupert Grint, (Ron Weasley in the Harry Potter series) and David Tennant (Doctor Who) will round up the voice cast.

Directed by Mike Disa (Hoodwinked Too!), the movie finds everyone’s favorite postman coming face-to-face with the temptations of money, status and a shiny new suit when he enters a national TV talent show competition.  The script is by Kim Fuller (Spice World) and Annika Bluhm, the show’s long-time producer.

“I used to watch Postman Pat when I was a small boy,” says Rupert Grint. “My brother and sisters all did at some stage. Postman Pat is one of those British symbols, I suppose – you are totally familiar with him and his cat, Jess even if you have never watched the series.  How exciting to be part of the Postman Pat heritage.” 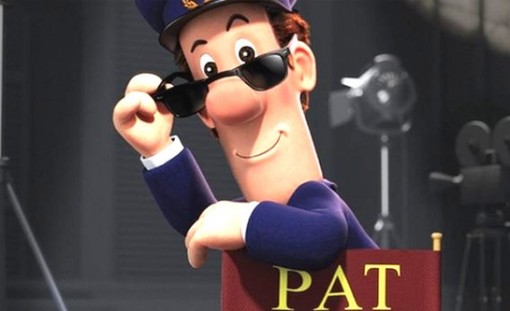 Postman Pat: The Movie - You Know You’re the One

First shown on BBC One in 1981, Postman Pat has delighted generations of audiences for three decades to become the longest-running animated children’s series on the BBC. Working with the legendary animator and director Ivor Wood (The Herbs, Paddington, The Wombles), the original TV series writer, John Cunliffe, used his memories of life in Kendal, Cumbria as inspiration for the idyllic world of Greendale and its friendly local postman.

Here’s a great clip about the show’s creator: