Summertime Entertainment’s animated feature Dorothy of Oz takes another step toward its planned summer 2012 debut with the release of the first poster for the film. 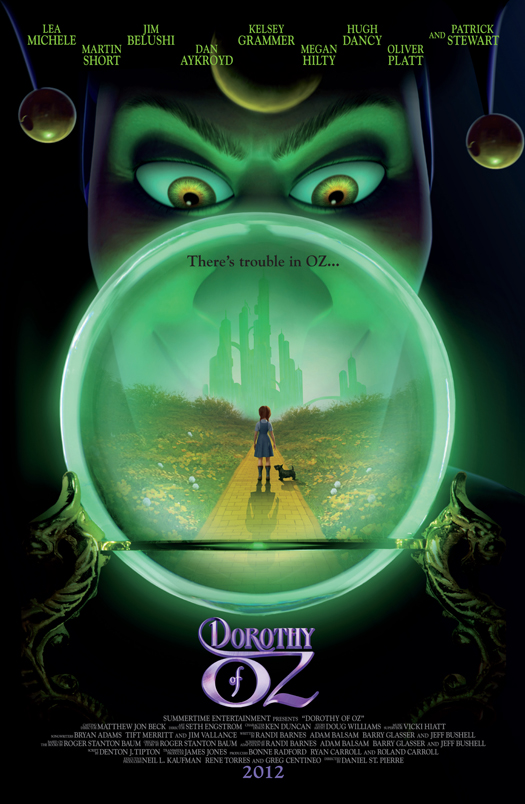 As announced last summer, the film features the voices of Lea Michele as Dorothy, Oliver Platt as Wiser the Owl, Megan Hilty as the China Princess, Hugh Dancy as Marshal Mallow, Patrick Stewart as Tugg, Martin Short as the Jester, Dan Aykroyd as the Scarecrow, Jim Belushi as the Lion and Kelsey Grammer as the Tin Man. Music will be provided by Canadian rocker Bryan Adams, working with his writing partner Jim Vallance.

The feature, based on the famous book series by Roger S. Baum ”the great grandson of original Oz author L. Frank Baum ”and the classic 1939 musical, is being produced by veteran animation producer Bonne Radford and directed by Daniel St. Pierre.

You may also like...
Related Topics:Dorothy of Oz, Summertime Entertainment

New Images, Trailer for Fourth ‘Pirates of the Caribbean’
Preview: Randy Jackson on ‘Take Two with Phineas and Ferb’