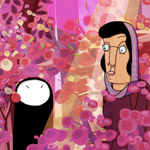 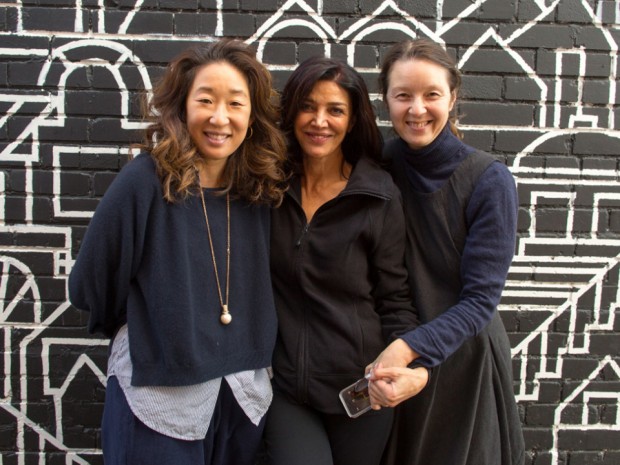 An imaginative young Canadian poet named Rosie Ming (voiced by Sandra Oh) learns about Persian culture and the healing power of poetry when she is invited to perform at a festival in Iran. That’s the unusual premise behind Ann Marie Fleming’s animated feature debut Window Horses, which opened in Los Angeles last month. The 2D animated project, which is also exec produced by actresses Oh and Ellen Page (who provides the voice for Rosie’s best friend), is the result of years of creative work and soul-searching by Fleming.

“I was invited to an artist residency in Germany many years ago, and was surrounded by poets and artists from all over the world, all sharing stories of their own diasporas,” recalls Fleming. “The effects of the Second World War are still very much alive in Europe, and I was struck by the histories of families that’d not been shared, and the difficulty of cross-generational relationships after trauma. I saw poetry as a way to communicate between generations and cultures and millennia.”

Fleming says years later, in Vancouver, she learned about the Iranian community in the city and was struck by the similarities with what she’d heard from all over the world. “Also, like in China, words written by poets from a thousand years ago are still relevant in Iranian society today,” she recalls. “There is a deep connection through family and poetry. So, I wanted to make the story contemporary, and made the Islamic Revolution the point of change.”

The writer/director says she really felt the need to make something positive about intercultural relationships back in 2007. She also wanted to tell the story from the point of view of her avatar, “stickgirl,” which she has been playing with for almost 30 years. “The movie takes place in Iran and it is about poetry, history and the imagination, so animation was the perfect expression for the possibilities of creativity,” Fleming adds.

After receiving some funding from Telefilm Canada, she ran into difficulties after Canada cut diplomatic relations with Iran a few years after the 2009 elections. “The film became an even harder sell,” she recalls “I tried to make a graphic novel out of the storyboards I made with Kevin Langdale. I made a stickgirl poetry oracle app and had haiku contests on my website to keep the story alive.”

Fleming finally decided to put her house on the line to make the film. Then, she called Sandra Oh and asked her if she would voice the main character. Oh loved the story so much she also became executive producer, brought on other top-notch actors and was the spokesperson for the film’s Indiegogo crowdfunding campaign. Eventually, Telefilm Canada came on board as investors and NFB came on as co-producers. The Canadian tax credit program helped complete the financing picture.

The movie, which also features the voices of Don McKellar, Shohreh Aghdashloo and Nancy Kwan, used a team of talented independent animators in different locations. “This is a really artisan film, and was made with less than a couple of dozen people, not hundreds,” says Fleming. The animation team, which included the likes of Kevin Langdale, Janet Perlman, Bahram Javaheri and Jody Kramer, were spread out all over Canada. “I like the idea that people can work from their own homes, and that’s how the bulk of the animation was done,” she adds. “We also worked with Jester Coyote, a production company in Vancouver which helped us over the hump at the end.”

Most of the animation was done in After Effects. However, the poetry and history sections of the movie were animated by the individual artists, who used different techniques. Javaheri used cut-out paper. Louise Johnson used sand animation. Perlman used TVPaint. “That’s why there’s a real organic feel to the film,” notes the director.

Fleming, a huge fan of Winsor McCay, Ub Iwerks, John Lasseter and Hayao Miyazaki, as well as an avid supporter of indie animators such as Signe Baumann, Chris Sullivan, Bill Plympton and Nina Paley, says she is always in awe of the exquisite artistry and imagination of animators from all over the world. “There is some crazy amazing work out there!”

She is also very grateful to have learned so much about Iranian culture as a result of her animated journey. “I experienced so much generosity and patience,” she says. “It seemed impossible to make this film about a mixed-race stick girl who goes to a poetry festival in Iran and learns the many truths about her father, who she thought abandoned her as a child. But we did it! Showing this film around the world, I have also learned that people are hungry for gentle voices of love and kindness. We don’t need any more cynicism. It’s not helping. We need openness, tolerance, understanding — now. Peace through poetry!”