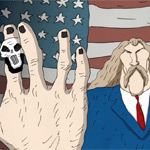 Indie animation fans in the New York area have a great opportunity to catch a free screening of Revengeance — an adult-targeted action toon from Bill Plympton and Jim Lujan. The award-winning feature film will be playing Wednesday, September 13 at the SVA Theater (check in at www.plymptoons.com for exact time and ticketing details).

Starring, written and directed by Lujan, with Plympton directing and producing, Revengeance follows a low-rent bounty hunter named Rod Rosse, “The One-Man Posse,” who gets entangled in a web of danger when he takes on a job from an ex-biker, ex-wrestler turned US senator named “Deathface.”

Plympton’s latest canine caper is also busily making the rounds. Cop Dog — the new entry in the Oscar-nominated Guard Dog series — is currently running at the NuArt Theater in Los Angeles ahead of Janicza Bravo’s indie comedy Lemon, through Aug. 24. 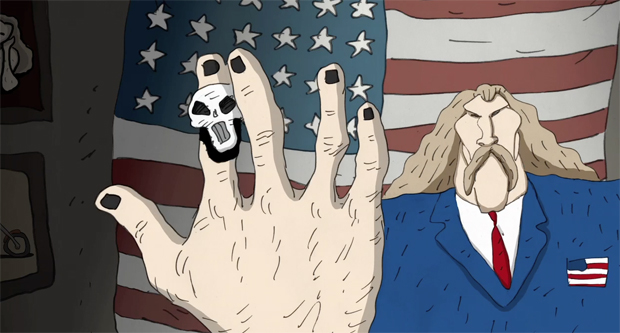 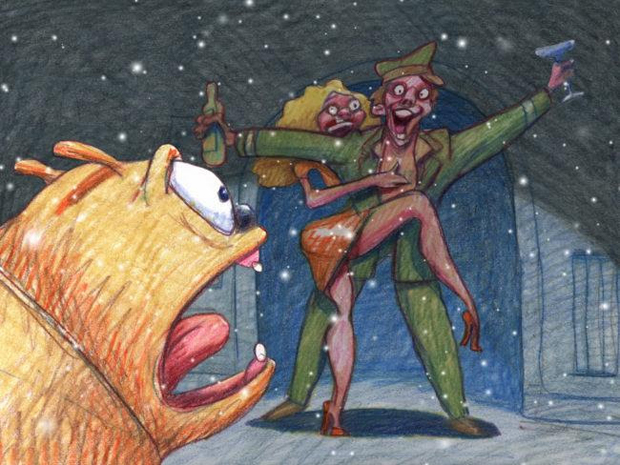