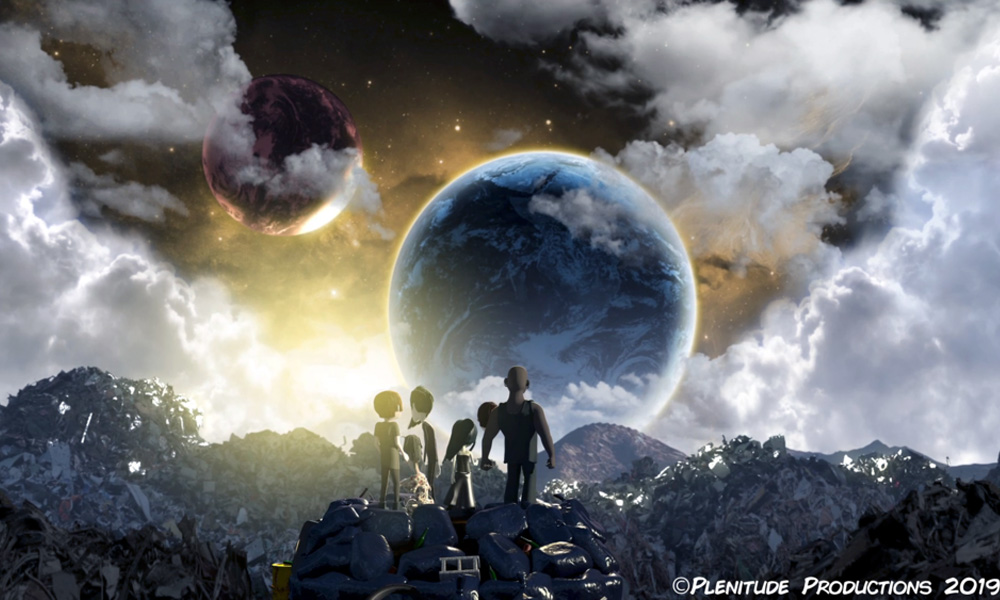 The world of Binbag, first introduced at Cartoon Forum 2014 as a CG series concept, has now been developed and funded as a feature film project set to enter production soon. The brainchild of Adam Fair and Karen Taylor, the pic is being co-produced by two U.K. outfits: West Yorkshire’s Plenitude Productions (Karen Taylor & Andrew Hill) and Newcastle-based Cubic7 (Callum Dougherty & Alan Kay).

The story follows four school kids; skateboarder Cep, conspiracy theorist Dodge, physics genius Hed and the fashionable Tamiko. They are joined by Floyd, the janitor at the tower block where they all live, and a mysterious alien known only as Monster. Dodge comes to suspect the world is being invaded by aliens, which prompts him to discover a strange device in the basement. When the unlikely group activates the device, it scatters them across alternate dimensions. The group must find each other, find a way home and maybe just save the world.

“Diverse characters who are also skaters and punks, Burtonesque visuals meets comic book stylising, a Sci-Fi Action Adventure, etc. Binbag is clearly a CGI animation that is doing things a little differently,” said Callum Dougherty, co-producer for Cubic7. “We’re making a film that kids will love whilst also making an animated film we would want to see ourselves about the things we are interested in and passionate about. We’re producing several films together now, but it was the promo for Binbag that Adam Fair and Karen Taylor showed me that made me think we must work together these people are doing something special.”

The characters are designed by animator Adam Fair, who has previously worked on the entire Invizimals videogame series. His experience playing with memorable character design for augmented reality will be reflected in the movie’s shifting perspectives, reflected/fragmented animations and strange, changing worlds populated with curious characters.

“I’ve enjoyed working with Adam for some time on various projects. It’s rare to meet someone who can provide such a well-defined visualisation of the world that we are trying to create,” said Karen Taylor, writer/producer for Plenitude Prod. “The characters are experiencing relatable problems thrown into a world where disbelief is suspended to the point where anything is possible. We hope this is the first of at least two or three Binbag feature films.”