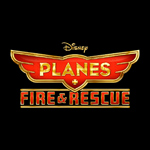 Disney has unveiled the trailer for its upcoming DisneyToon Studios sequel Planes: Fire & Rescue (in theaters July 18). The spot, titled “Courage,” showcases lots of sweeping scenery, dramatic aerial maneuvers and a flirtatious Super Scooper who sets her eyes on Dusty.

The next installment in the Cars spin-off franchise finds Dusty the adventurous crop duster (Dane Cook) discovering that engine damage means he may never race again so he must switch gears entirely. He joins up with veteran fire and rescue chopper Blade Ranger and his team, which includes Lil Dipper the Super Scooper (Julie Brown) and must prove he has what it takes to battle forest fires from the skies with the rest of the crew. Bobs Gannaway directs.