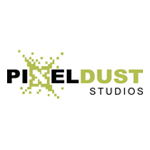 Bethesda, Maryland-based Pixeldust Studios is the shop behind many animated sequences featured in the new NASA documentary film The Year of Pluto from writer, director and producer Geoff Haines-Stiles (Carl Sagan’s Cosmos). Filmed behind the scenes at Johns Hopkins Applied Physics Lab and elsewhere over a decade-plus span, the documentary turns hard science into personal stories and gives viewers insights into the journey of NASA’s New Horizons craft, which earlier this week returned stunning close-up images of dwarf planet Pluto and its largest moon, Charon.

For The Year of Pluto, Pixeldust had to render more than 10,000 frames for the entire nearly 6-minute Kuiper Belt sequence. The company relied on its robust render farm for the task, which involved 70 to 80 render nodes running Intel i-7 processors with 12-16 GB of RAM. The studio used Maya’s Mental Ray for the render, which totted up to 5-6 days of total render time. Final frames were composited in Adobe After Effects CC 2014.

“Our assignment here was to digitally recreate the Kuiper Belt and the Oort Cloud based on Tony Dunn’s Gravity Simulator point cloud data from the Harvard-Smithsonian Minor Planet Center and vector images,” explains CG supervisor Samar Shool. “The biggest challenge was to create both of these elements in a volumetric form for which we deployed the use of nParticle systems inside our native software Autodesk Maya 2015. With use of nparticles, we were able to achieve large volumes of point clouds and render them efficiently, using Maya’s own Mental Ray renderer.”

The team also had to recreate seven Kuiper Belt Objects from data provided by Tony Dunn, which had to be digitally sculpted (using ZBrush 4-R6), textured and rendered (with Maya/Mental Ray) realistically based on other planetary references. “We paid special attention to realistic ‘space’ lighting and had to make sure our camera always faced the lit side of the planets.The next overall challenge was to show the presence of these objects along with their motion orbits, all together housed inside the Kuiper Belt. Using carefully planned camera moves and the use of Zdepth, we were able to create interesting fly-throughs between the KBO’s and their orbits,” Shool concludes.

You can watch The Year of Pluto on the NASA TV YouTube channel. 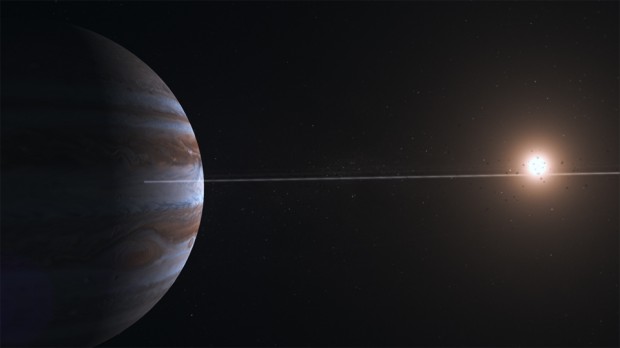 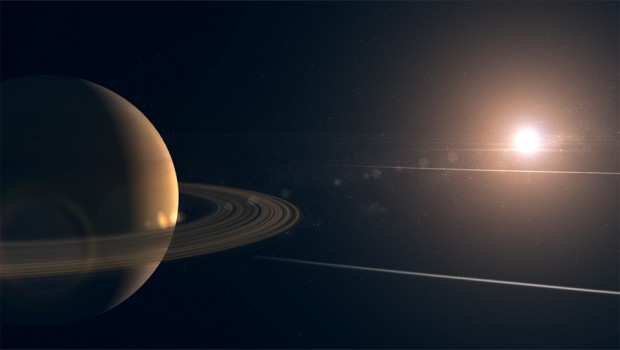 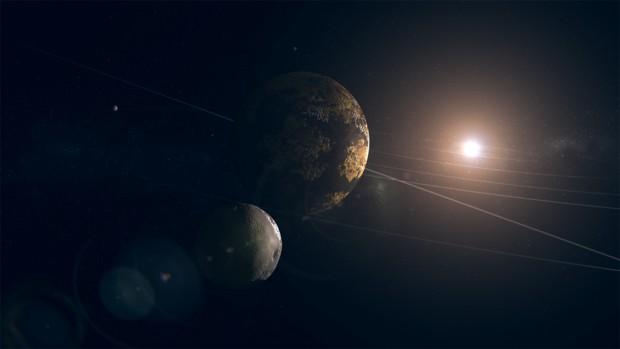