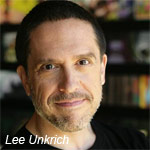 Oscar-winning Pixar director Lee Unkrich has begun a daily photo blog, providing fans with an inside look at his upcoming project. The Toy Story 3 helmer, who also co-directed Toy Story 2, Monsters, Inc. and Finding Nemo will be offering just one photo per day.

“Today is day one on my next project,” Unkrich wrote on Twitter. “Every day I’ll post a new photo chronicling the journey.”

To date, the blog has only two entries. The first image was a close-up of a Mac keyboard and was captioned “the starting line.” The second entry is titled “my standard lunch” and is a photo of a bowl of broccoli and a sandwich. By all accounts, it seems that the blog will be a record of Unkrich’s new project and photos of daily objects and people of interest.

While Pixar hasn’t revealed the details of the director’s new project, the studio did reveal a few tidbits about its other upcoming movies. Pete Docter (Up) is helming the Untitled Pixar Movie that You See Inside the Brain, which will be ready for the summer of 2014. Also, the Untitled Pixar Movie about Dinosaurs will be directed by Pixar veteran Bob Peterson and produced by John Walker, in time for the 2013 holiday season.

You can check out Unkrich’s mysterious Tumblr photo blog here: 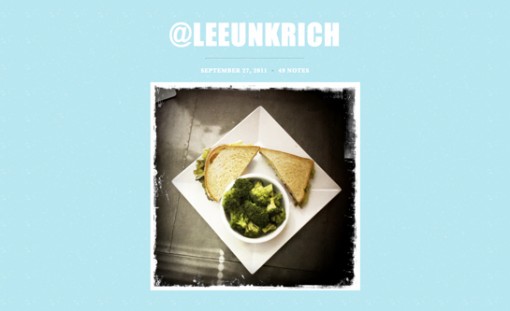