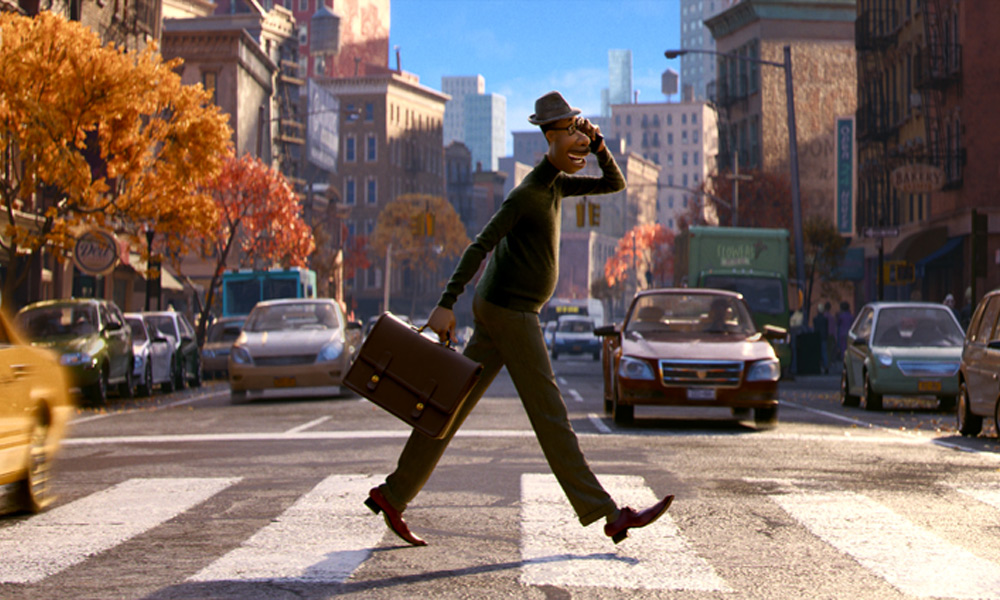 “It started with my son — he’s 23 now — but the instant he was born, he already had a personality,” says Docter about the film’s origins. “Where did that come from? I thought your personality developed through your interaction with the world. And yet, it was pretty clear that we’re all born with a very unique, specific sense of who we are.”

Soul centers on Joe Gardner (voiced by Jamie Foxx), a middle-school band teacher whose true passion is playing jazz. “I think Joe is having that crisis that all artists have,” says Powers. “He’s increasingly feeling like his lifelong dream of being a jazz musician is not going to pan out and he’s asking himself ‘Why am I here? What am I meant to be doing?’ Joe personifies those questions.”

In the film, just when Joe thinks his dream might be in reach, a single unexpected step sends him to a fantastical place where he is forced to think again about what it truly means to have soul. That’s where he meets and ultimately teams up with 22, a soul who doesn’t think life on Earth is all it’s cracked up to be, voiced by Tina Fey. Soul also features the voices of Phylicia Rashad, Ahmir Questlove Thompson and Daveed Diggs.

“The comedy comes naturally,” says Murray. “But the subtle emotion that reveals the truth to the characters is really something special.”

The film is set in New York City — inviting the filmmakers to capture everything they love about the city of dreams. “I was born and raised in New York,” says Powers. “This is the first time Pixar has gone to my hometown and I’ve been so impressed by the amount of energy that goes into making sure that everything is right. When the character’s in Queens, it looks like he’s in Queens. When he’s in Manhattan, it looks like he’s in Manhattan. It’s pretty incredible.”

The big-city backdrop proves the perfect place to set a story interwoven with jazz music. Globally renowned musician Jon Batiste is writing original jazz music for the film, and Oscar winners Trent Reznor and Atticus Ross (The Social Network), from Nine Inch Nails, are creating an original score that will drift between the real and soul worlds. The teaser trailer offers a taste of what’s in store for moviegoers.

“I grew up with Peanuts cartoons and the Vince Guaraldi music,” says Docter. “I feel like it’s coursing through my veins and this is our version of that. Jon Batiste is a fantastic musician — he’s a historian yet is able to push the music forward, bringing all these different influences to the work. I sincerely hope that the jazz music in Soul will inspire a whole new generation.

Adds Murray, “The contrast that Trent Reznor and Atticus Ross bring is really exciting. It’s an unexpected choice for Pixar — this is like nothing we’ve ever done before.” 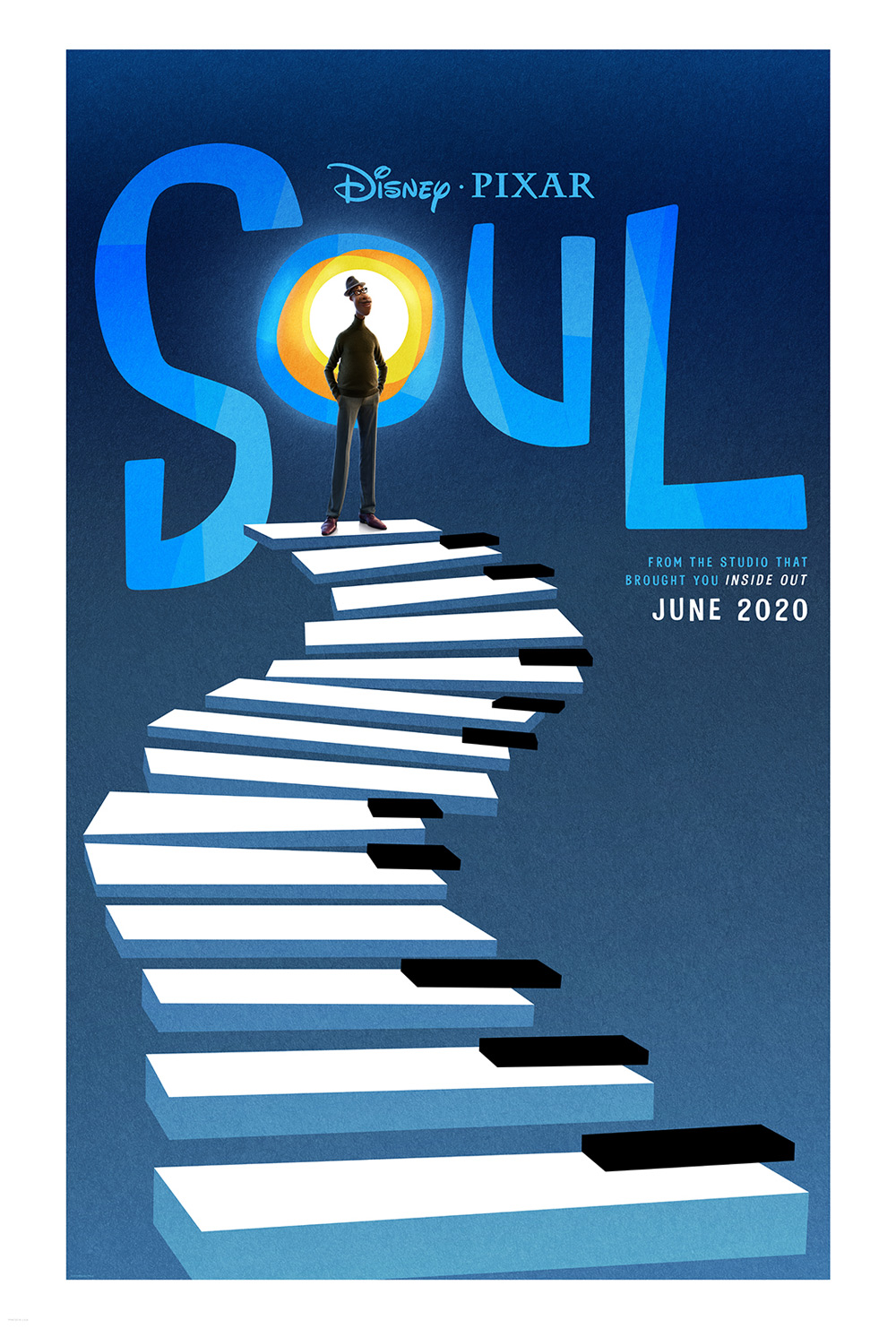