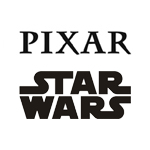 Star Wars fandom has been in a perpetual state of anticipation ever since Disney acquired the franchise when it bought Lucasfilm and announced plans for a new movie every year. Details in the scant months since the deal was set have been rare and hard to come by. And while it’s clear Disney is hard at work figuring out ways to fully exploit its $4 billion purchase, and fans’ imaginations have been in overdrive trying to imagine all the possibilities.

Latino Review revived yesterday [latino-review.com/2014/01/pixar-joining-star-wars-universe] one of the more consistent fan rumors by reporting it has heard Pixar will be dipping its toes in the Star Wars pool with some kind of animated feature film.

Given the nature of animated feature production and Pixar’s history, such a movie would likely be three to five years away, at minimum.

But the possibility also is a muddling one for both Pixar and Star Wars. Is it a good idea to mix these two iconic brands into one big movie?

From a business perspective, it seems like a no-brainer. Pixar’s commercial and critical track record combined with the longevity of the appeal of Star Wars on paper looks like a winner.

On the other hand, Pixar has always been at its best when it’s creating new, original movies. Its reputation has been built on being one of the few studios in Hollywood that puts its resources and collective faith into new, untested ideas. The handful of sequels or prequels Pixar has made are among the most divisive in its history. Just ask any Pixar fan what they think of Cars 2 or Monsters University, which was passed over in the nominations for the Best Animated Feature Oscar. Sure, the Toy Story series has been a hit and Cars 2 and MU were far from flops, but many fans of the studio would prefer it stick to original ideas and let every other studio in the business crank out the sequels.

Star Wars has its own issues. Sure, the franchise desperately needs a fresh injection of originality some 30 years after the original trilogy ended and the divisive and often derisive reception fans gave to the prequel trilogy.

But after so many years of having only a handful of movies to obsess over, the definition in many fans’ minds has been refined to the point where nothing short of a retread is going to be acceptable. Witness the recent reports in The Hollywood Reporter that the more original story approach taken by screenwriter Michael Arndt, who scripted Toy Story 3, was being scrapped or downplayed to give the spotlight to the actors and characters from the original trilogy — none of whom is exactly a spring chicken anymore.

It’s also not clear how much Star Wars is enough. Disney appears determined to test even the most voracious fan’s appetite. How an independent group like Pixar would fit into such a managed macro-picture for the franchise is unclear.

But at the same time, the right Pixar Star Wars movie could be great. The wrong one would be at best a poor use of the studio’s ingenuity and skill at a time when it’s still performing near the top of its game.

Either way, the fate of the Force will be an interesting one to watch in the coming years.

Share your thoughts on a potential Pixar Star Wars project in the comments. We can’t wait to hear what you think! 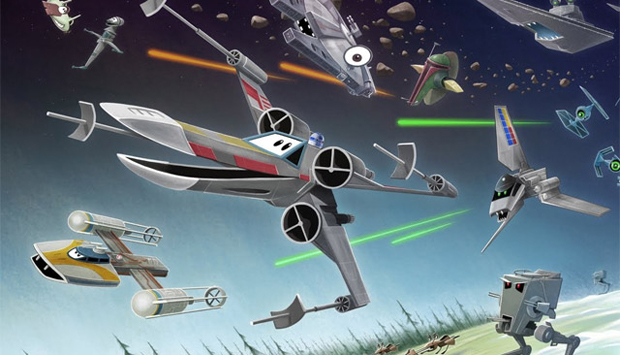