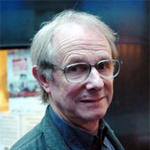 It’s not every day when you find an editor from Pixar lending out a helping hand to a British master of social realism. But that’s exactly what happened when director Ken Loach released an appeal through ScreenDaily to secure some “numbering tape,” to finish editing his most recent feature Jimmy’s Hall.

It was Pixar editor Steve Bloom, who has worked on this year’s Monsters University and the shorts Boundin’ and La Luna, that came to Loach’s rescue. Bloom managed to send 19 rolls of numbering tape (stock that allows a flatbed editor to sync sound and picture) to Loach’s production company, Sixteen Films.

“We were delighted to know that Pixar is still in love with the same technology as us. We hope to get to meet them along the way. We’ve had a tinful of tape from a few other friends as well and we’re very grateful,” Loach told ScreenDaily after receiving the shipment, a gift that also included a signed drawing of Monsters University‘s popular characters Mike and Scully sifting through film stock.

Set in 1932, Jimmy’s Hall follows Irish communist leader James Gralton, who returns from New York City to his home country to re-open a dance hall he built a decade prior.

After receiving a second donation from editor Mary Finlay (DCI Banks, The No. 1 Ladies’ Detectives Agency), Loach’s producer Rebecca O’Brien said that his search for stock is complete. 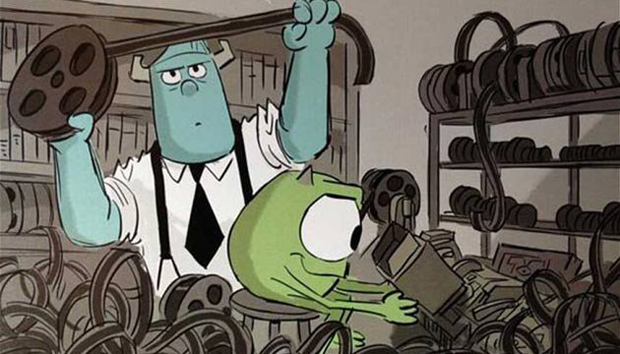