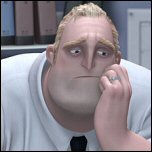 While The Incredibles easily vanquished the competition on home video, sales haven’t quite met Disney’s expectations, leading Pixar to revise earnings projections for its second quarter. The toon juggernaut has modified its earlier forecast of roughly $0.15 per diluted share to approximately $0.10, a net income difference of around $6 million.

“The Incredibles is the best-selling home video title of 2005 to date, and we continue to expect it to generate home video revenues similar to Monsters, Inc.,” Pixar CEO Steve Jobs said during a conference call Thursday. “But based on the most recent sell-through information, we have opted to be more cautious with respect to our second quarter home video reserves.”

According to Simon Bax, Pixar’s exec VP and chief financial officer, gross worldwide home video wholesale revenues for The Incredibles before distribution fees are projected to be $450 million through the second quarter, putting it on par with Monsters, Inc. but 7% below original estimates.

Jobs added, ‘I think it’s valuable to put this all into perspective. Of course we’re disappointed to miss our guidance this quarter, but we’re talking about units that are 7% lower than expected. In this wide world, projecting something within 7% isn’t so bad. The only reason that $6 million dollars is material enough to warrant updating our guidance is that this is a low revenue quarter. We’re in a trough that we will get out of next year when we release Cars.’

Pixar’s revision echoes, to some degree, a similar move DreamWorks made in May due to lower-than-expected Shrek 2 home video sales. In that case, the admission of overestimation spurred a class-action lawsuit on behalf of investors who claim they were mislead by artificially inflated earnings projections. That scenario is unlikely to play out in this case.

Bax declined to speculate on any possible changes in consumer buying patterns that may be adversely affecting DVD sales in general. When asked if he thought digital piracy played a role in the case of The Incredibles, he responded, ‘It’s not something that we believe is having a material impact in the U.S.’

Though he to keep the conference focused on the matter at hand, Jobs mentioned that he was still having positive talks with Disney regarding the possibility of striking a new distribution deal that would extend the lucrative partnership beyond Cars, which is scheduled to race into theaters on June 9, 2006.

A more detailed review of Pixar’s second quarter is expected in advance of its next quarterly earnings call, scheduled for Aug. 4, 2005.

Fox Gets Strange for Emily
B.O. Fireworks for War of the Worlds

Leading portfolio hosting platform ArtStation is putting the focus on animators and animation projects in ...

Bilibili announced that it will launch 33 new animation titles in 2021 at Made By ...

A Monster Mash for Lord and Miller Is there anything Phil Lord and Chris Miller can’t ...