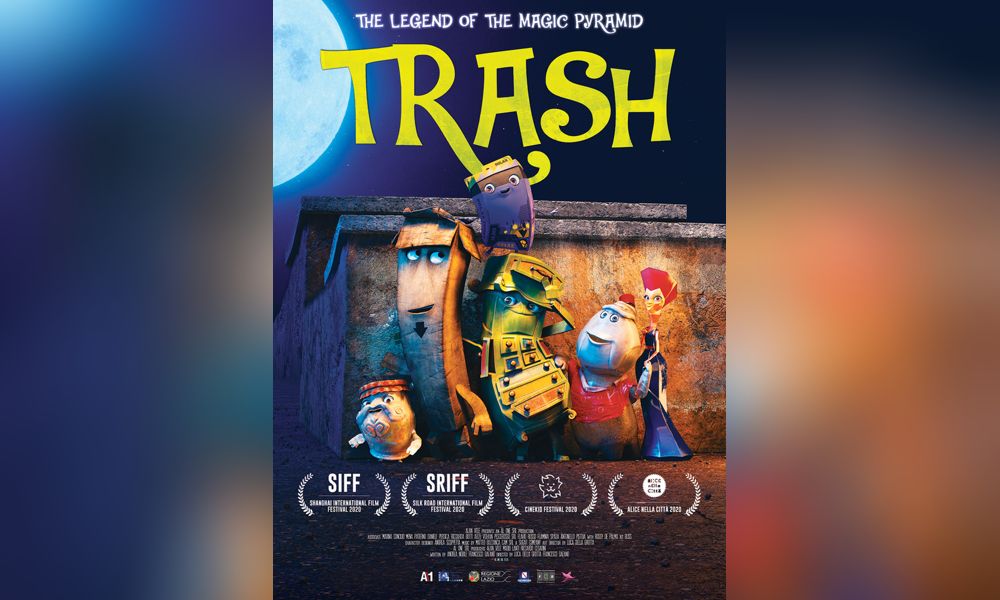 Montreal/Madrid-based distributor Pink Parrot Media has picked up the intl. distribution rights to Al-One SRL’s CG-animated feature Trash. The announcement was made by Pink Parrot’s VP and head of sales Tania Pinto Da Cunha. The distributor will begin selling the 88-min. family adventure at this year’s European Film Market (March 1-5).

Directed by Luca Della Grotta and Francesco Dafano, Trash centers on the adventures of a variety of disposed garbage items that seek a new life in their pursuit of a mythical recycling bin. As Della Grotta points out, Trash is not a feature film just for children. But at the end of the day, the future is in their hands. We wanted to send a message aimed at tomorrow’s generation who is also showing a lot more interest is this matter.” The movie was released in Italy last fall by Notorious (notoriouspictures.it).

“In addition to the beautiful animation and great values, we immediately saw so many things that we liked about this film. It’s an ecological fable!” adds Pinto Da Cunha. “The fact that it speaks directly to kids and addresses a valuable topic that they can easily relate to — the importance of recycling and taking care of our planet. The story is done is a fun and entertaining way that allows them to relate while providing an inspiring key message through storytelling.”

During the EFM, Pink Parrot Media will also pursue the pre-sales of it’s CGI animated feature film Butterfly Tale, a coproduction between Carpediem Film & TV in Canada and Ulysses in Germany, which is now in production. PPM’s other titles include projects in financing: German-Belgium-Canada animation feature coproduction Elli! and the Canada-India feature film Mandala as well as some completed titles such as the 2D animation The Red Scoll and live-action movies My life as Lotta, My Grandpa is an Alien and Matti & Sami. For more info, visit pinkparrotmedia.ca.