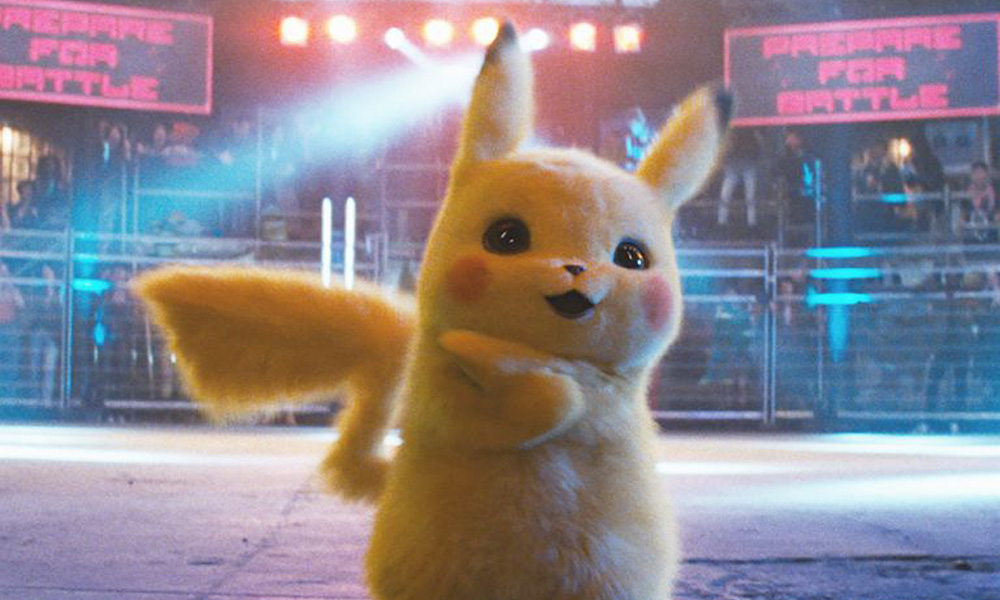 It looks like Warner Bros.’ gamble with the live-action/CG-animation hybrid adaptation of Pokémon Detective Pikachu is going to pay off in a big way this weekend. The movie, which is directed by DreamWorks Animation veteran Rob Letterman (Shark Tale, Monsters vs. Aliens), and features Ryan Reynolds as the cute, yellow crime-solver, is expected to capture the No. 2 spot with an estimated $53.6 million. Moving Picture Company and Framestore delivered the vfx and CG animation for the movie.

Meanwhile Disney/Marvel’s Avengers: Endgame will take the top stop with an estimated $70 million (with a cume of $730.4 million) and will become the highest-grossing title of all time at the U.S. box office, crossing the $700 million only in its 16th day of release.

Pokemon: Detective Pikachu currently has a 62% critical score on the review website rottentomatoes.com. Here’s what some of the critics had to say about the movie:

“There’s something admirable about a film that isn’t afraid to have some fun with a property so established — and beloved — by its core audience.”
–Vincent Acovino, NPR

“The narrative seems designed to be followed by even those with the shortest attention spans; plot points get repeated in case you’ve decided to look down to send a text message. Pokémon Detective Pikachu has been shot on film, a nostalgic touch that’s now unusual for a movie that combines live action and cartoons. But the imagery lacks weight and texture.”
Ben Kenigsberg, The New York Times

Though consistent with the game, the story doesn’t allow nearly enough Pokémon-related action, while the quality of the computer animation falls far short of the basic level of competency audiences have come to expect from effects movies….Neither Pikachu nor any of the other Pokémon look as though they belong in the live-action environments. What we can make out of Pikachu’s personality comes through Reynolds’ sardonic line readings, although most of the time, the furry yellow critter we see on-screen doesn’t look like it’s actually feeling the things it says.”
-Peter Debruge, Variety