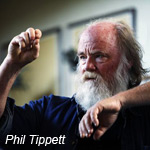 Visual effects visionary Phil Tippett (Star Wars, Robocop, Twilight series) is working on a new passion project called Mad God. In an interview with the San Francisco Gate, he said he used Kickstarter to raise funds for the movie. He was surprised when fans of his traditional animatronics and puppet animation brought in about $124, 156: He had originally hoped to raise just about $40,000.

Tippett, who founded the influential Tippett Studio in 1984, originally filmed the first frames of Mad God back in 1990.

“I was archiving it, and a bunch of the guys went ‘Oh, whoa what’s that?'” Tippett said. “It was the thirtysomethings who missed out on being able to make things with their hands.”

“I never went to film school, I went to art school. I’m approaching it like a painting, or a collage, or something like that,” Tippett says. “I look at it a lot like archaeology. I’m digging in a pit where I think there’s stuff.”

The in-development sci-fi film is described as a “hand-made, animated film set in a Miltonesque world of monsters, mad scientists and war pigs” on its Kickstarter page.

Here is a trailer for the awesome-looking project. 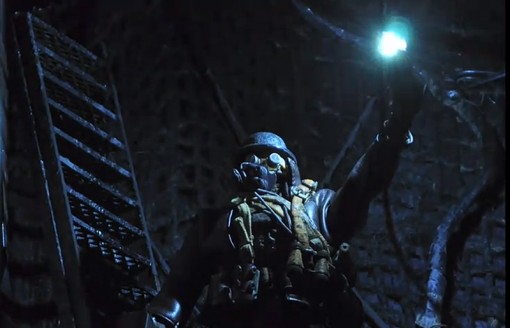