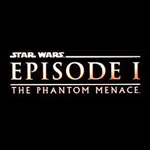 Get ready to experience a new dimension of The Force.

Lucasfilm and 20th Century Fox have announced a Feb. 10, 2012, release date for the stereoscopic 3D version of Star Wars: Episode I — The Phantom Menace.

The 3D conversion on the film is being handled by ILM.

Phantom Menace was originally released in 1999 and grossed $431 million domestic and $493 million international. Directed by George Lucas, it stars Liam Neeson, Ewan McGregor and Natalie Portman — along with visual effects by ILM>

The remaining movies in the Star Wars saga will be released in stereoscopic 3D at a pace of one a year.

Of course, the Phantom Menace is easily the most controversial of all the films, with many fans and critics coming away from the film disappointed after waiting so many years for it to be made. Will the chance to see it in 3D woo you Star Wars fans out there to buy a ticket to see it again? Revisit the trailer below and let us know in the comments.