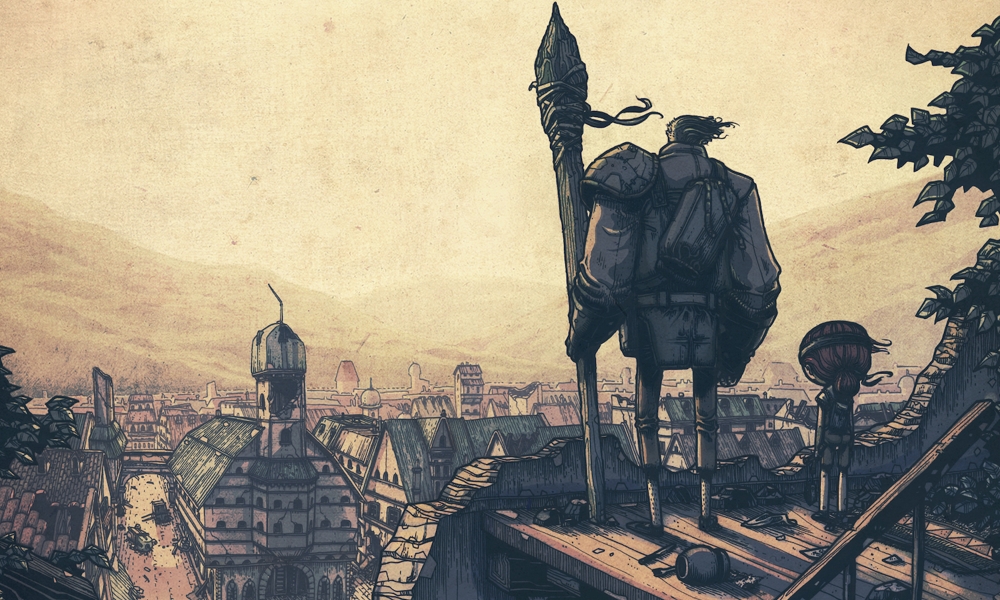 Mercury Filmworks and Goodbye Productions have teamed up to co-produce the animated feature Once Our Land, a fantasy/sci-fi period piece for family audiences based on the graphic novel by Peter Ricq. The announcement was made today by Chantal Ling, VP Original Series & Co-Productions and Amber Ripley, Founder, Goodbye Productions.

Set in 1830s Europe, Once Our Land tells the story of 11-year-old Ingrid; a young girl forced to fend for herself in a ravaged city overrun by fearsome beasts from another world. It’s in this cruel “past-apocalyptic” world where trust is in short supply that Ingrid forges an unlikely friendship with Fritz, a grizzled, old, eye-patched warrior with an unexpectedly eccentric personality. Together, Fritz and Ingrid embark on a dangerous journey to rid the city they love of the cruel beasts, and to learn to trust again.

Part light survival horror, part action, with strong heart and a healthy dose of levity-bringing humor, Once Our Land is a touching tale of trust and friendship set against the backdrop of eldritch horror.

The film adaptation reunites artist/director Ricq with screenwriter Phil Ivanusic Vallée. The duo were the creative force behind multiple animated series including The League of Super Evil as well as the live-action feature film Dead Shack.

“Once Our Land is an endearing tale of trust and friendship, family and community. It follows the old adage that it takes a village and at its core is about being united in the face of adversity. I think that’s a very powerful message to share with kids,” commented Ling. “We very much look forward to working with Peter Ricq, Phil Ivanusic Vallee and Goodbye Productions to bring this family animated feature to audiences around the globe.”

“It’s on the strength of this dynamic creative team that we believe in the commercial appeal of the film,” said Ripley. “We are excited to push the boundaries of the Canadian family entertainment into the exciting new frontier that is currently blossoming in our industry.”

93rd Oscars: ‘Soul’, ‘If Anything Happens I Love You’ Win Animation Honors
‘Demon Slayer’ Kills It at the BO with No. 1 Foreign-Language Debut