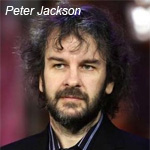 During his Hobbit press tour appearance in Belgium, Peter Jackson said that plans for a sequel to director Steven Spielberg’s 2011 feature The Adventures of Tintin are still on track. Originally, the plan was to have Jackson film the performance-capture portion of the sequel this past summer after he finished production on The Hobbit, but the decision to expand the J.R.R. Tolkien adaptation delayed the production and now he said he hopes to get around to shooting the Tintin pic in 2013 as well. If all goes as planned, the sequel will be released in theaters in 2015.

According to Spielberg, Jackson will only need up to a month to complete the performance-capture portion of the film, so it’s conceivable that he could move right into that after he finally wraps on The Hobbit. During a recent appearance on The Colbert Report, Jackson said that he has wrapped a cut of the second Hobbit film, The Desolation of Smaug, which will be released by Warner Bros. in December of 2013.

Despite being shunned by the Oscars last year, The Adventures of Tintin received good reviews from critics and became a box office success with a worldwide gross of over $373 million. Originally the sequel was to be based on the Tintin books, The Seven Crystal Balls and Prisoners of the Sun. However, screenwriter Anthony Horowitz suggested that these films would be the second sequel and another story would become the first sequel. In 2009, Jackson noted that his favorite Tintin stories were The Seven Crystal Balls, Prisoners of the Sun, The Black Island and The Calculus Affair and added that “It would be great” to use Destination Moon and Explorers on the Moon as the basis for the third or fourth film in the series. 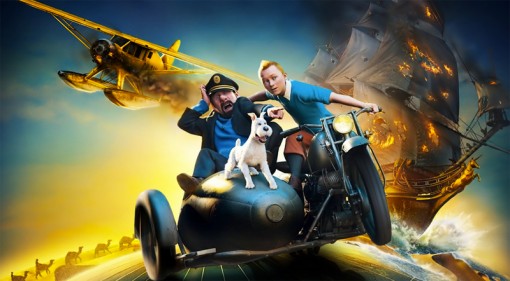 You may also like...
Related Topics:Anthony Horowitz, Destination Moon, Explorers on the Moon, J.R.R. Tolkien, Peter Jackson, Prisoners of the Sun, Steven Spielberg, The Adventures of Tintin, The Black Island, The Calculus Affair, The Desolation of Smaug, The Hobbit, The Seven Crystal Balls, Warner Bros.