DreamWorks Animation’s feature film Penguins of Madagascar finished the weekend in second place behind a strong repeat performance from the most-recent entry in The Hunger Games franchise.

Opening on Wednesday, Penguins of Madagascar sold $36 million worth of tickets in the domestic market through Sunday. About $25.8 million of that total came from sales Friday through Sunday. The movie has earned $62 million abroad, to give the black-and-white team a total gross of about $98 million.

The Hunger Games: Mockingjay — Part 1 earned $57 million in ticket sales over the weekend to bring its totals $226 million domestic and $254 million foreign for a $480 million worldwide total.

Disney’s Big Hero 6 landed in third place with a $19 million domestic weekend. Its domestic total stands at $167 million and international at $56 million for $224 million total.

Fourth place went to Interstellar, the sci-fi movie from director Christopher Nolan. It earned $16 million domestic this weekend for a $148 million domestic total. Its overseas tally is $395 million for a $542 million total. 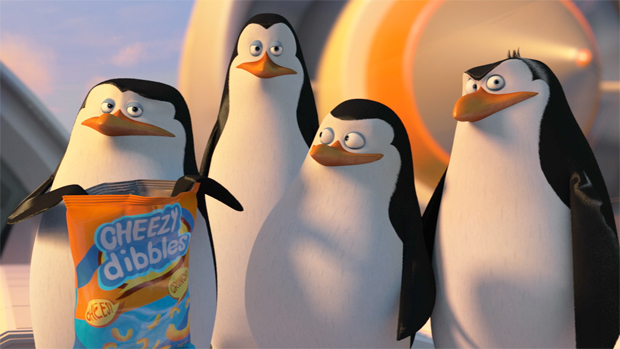