It’s almost Thanksgiving, which means the holiday movie season is kicking into high gear with the release Wednesday of DreamWorks Animation’s Penguins of Madagascar.

Directed by Eric Darnell and Simon J. Smith, Penguins continues the adventures of Skipper, Kowalski, Rico and Private from the Madagascar trilogy of movies and the TV series The Penguins of Madagascar.

The previous two Madagascar movies opened in the $60 million range, though neither had a five-day holiday weekend opening. DreamWorks’ two previous pictures did less than that, with How to Train Your Dragon 2 opening with $49 million domestic and Mr. Peabody and Sherman with $32 million — again, neither had a five-day holiday weekend to play against.

Reviews of the picture have been sparse and mixed. Metacritic has the film rated at 43 based on only six reviews, while Rotten Tomatoes has a much more positive measure with 69 percent fresh based on 13 reviews.

The only other major new film opening over the holiday weekend is the Warner Bros. comedy Horrible Bosses 2.

Holdovers should do well, with The Hunger Games: Mockingjay — Part 1, Disney’s animated Big Hero 6 and Interstellar. 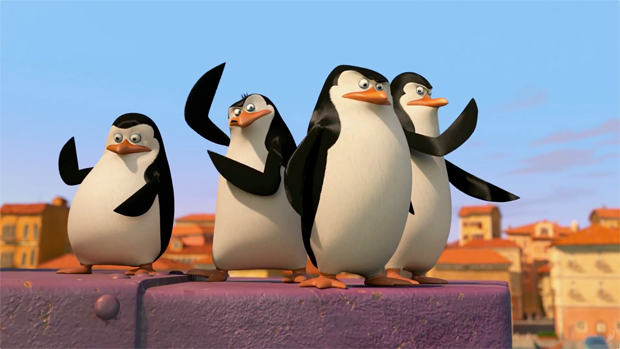