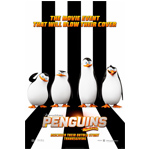 The flightless evil-fighters of DreamWorks Animation’s Penguins of Madagascar faced an icy opening weekend over the Thanksgiving holiday, taking in an underwhelming $36 million at the domestic box office over five days. Investors had been relying on estimates of a $50 million-plus take for the franchise spin-off, and reacted by causing shares in the studio to drop more than 5 percent as analysts wondered if Penguins would be another DWA write down, following in the disappointing footsteps of Rise of the Guardians, Turbo and Mr. Peabody and Sherman.

According to Deadline, Benjamin Mogil of Stifel expects DWA will be hit with a $14m loss on Penguins in Q4, cutting his domestic box office and home video sales estimates by more than a quarter — and he is not optimistic that overseas returns will have an extreme enough ratio to make up for it. However, others are cautiously optimistic that the film will pull through, with one expert citing Penguins‘ favorable release window and limited upcoming competition.

The Turkey Day weekend B.O. was lead by The Hunger Games: Mockingjay – Part 1 which earned $57m its second week out. Disney’s Big Hero 6 was just behind Penguins with $18.8m in its third week. Chris Nolan’s sci-fi epic Interstellar added $15.7m to its pot, while R-rated comedy Horrible Bosses 2 opened at the no. 5 slot with just $15.5m. 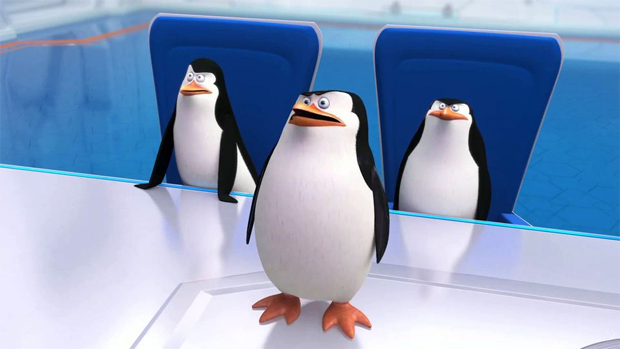