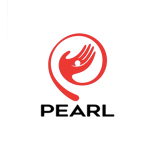 Chinese director, star and producer Stephen Chow is developing The Monkey King, an animated feature for Pearl Studio based on the popular mischievous superhero. The epic movie is written by Ron Friedman & Steve Bencich, whose animated film credits include Brother Bear and Chicken Little. The news was announced at a special presentation by Pearl at Annecy today.

“Stephen Chow is the perfect creative partner to develop The Monkey King with Pearl Studio,” said Peilin Chou, Pearl Studio’s CCO. “His involvement in this very special project, which is beloved throughout Asia, is a true coup. We know that he will bring all the comedy and scope that makes this adventure legend so special and translate The Monkey King into an enchanting and exciting global animated event.”

Chow’s numerous films include The Mermaid and Journey to the West: Conquering the Demons, both of which shattered box office records and held the distinctions of highest-grossing film of all time and biggest ever opening day gross of all films ever released in the Middle Kingdom. His first break out hit in America, Kung Fu Hustle, grossed more than $100 million worldwide, and earned both BAFTA and Golden Globe Award nominations.

Chinese animation studio Pearl Studio (formerly known as DreamWorks Oriental) made a big splash at Annecy today, with a special presentation by Chou and her team. She said the goal of the studio is to produce one animated feature film each year. She share more information about Pearl’s upcoming movies: Abominable with DreamWorks Animation, to be distributed next year, and Over the Moon, with Netflix to be distributed in 2020. “We operate on a creative hub model where production is outsourced,” she noted. “This allows Pearl films to be made anywhere in the world.”

Chou also shared the history of the company and explained the studio’s original ties DreamWorks Animation. “DWA will always be a part of our DNA as we co-produced Kung Fu Panda 3, which at the time of its release was the highest grossing animated film of all time in China,” she noted. “Our mission is to be a be a premier family entertainment brand, creating original  world-class films that enchant, inspire and awaken audiences  around the globe….China is at the core of who we are, but it’s not a mandated agenda in our movies. We do incorporate Chinese elements into our films when it’s organic, but only when it enhances the storytelling. What is a mandate for Pearl films, is to be hyper appealing/successful in China as it has become the largest theatrical market in the world.”

She also touched on the issue of diversity. “We don’t consider diversity an initiative — diversity is the core of who we are,” said Chou. “In our Shanghai headquarters alone, our staff is from over 25 different countries  On our current development slate, the majority of our protagonists are female, we feature non-traditional families, and every single one of our projects are multi-cultural either on screen, or in the make-up of our filmmaking teams – or both. This happened organically because it is the heart of who we are as a company. Our goal is to produce films that reflect the world as it really is and promote global citizenry. We do this in a way that is entertaining and fun. it never feels politicized, agenda-filled, or preachy.”

The presentation also included a brief look at Over the Moon, the studio’s musical inspired by one of China’s most beloved myths and directed by Oscar-winning director Glen Keane (Dear Basketball)  A co-production with Netflix, the movie is being readied for 2020.