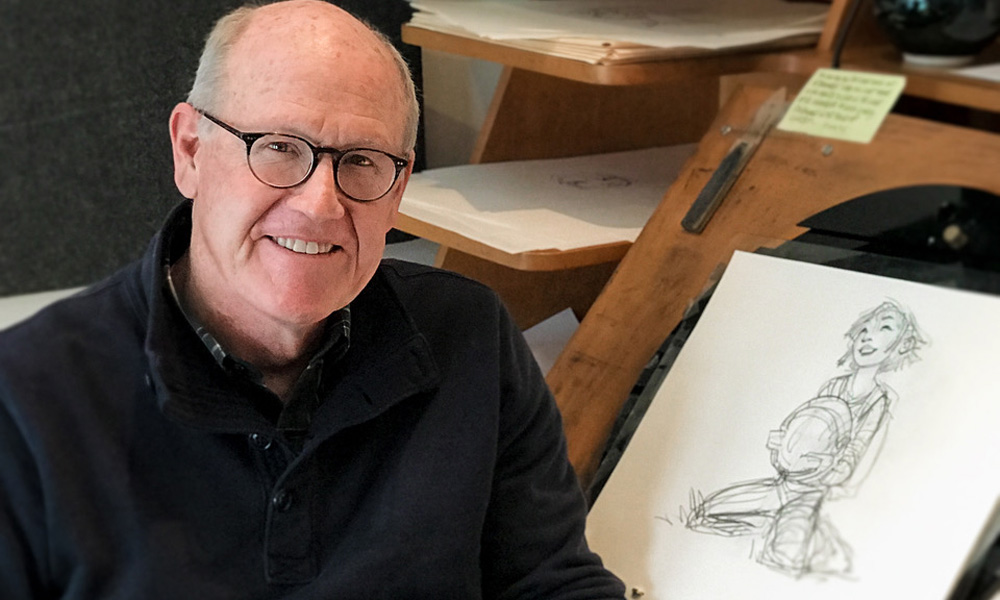 Pearl Studio and Netflix have tapped Oscar-winning production house Sony Pictures Imageworks as the lead animation vendor for feature Over the Moon, directed by Oscar-winning animation legend Glen Keane (Dear Basketball). The title is due for release in 2020 across Netflix worldwide and theatrically in China.

Announced earlier this year, Over the Moon is an animated musical adventure about a girl who builds a rocket ship and blasts off to the moon in hopes of meeting a legendary Moon Goddess. When she gets to the “other side,” she unexpectedly discovers a whimsical world filled with fantastical creatures — some of whom threaten her and others who ultimately help her find her way home.

The picture is written by the late Audrey Wells (Shall We Dance, Under the Tuscan Sun), produced by Gennie Rim (Dear Basketball, Duet) and executive produced by Janet Yang (Joy Luck Club, The People vs. Larry Flynt). The songs are written by Christopher Curtis (Chaplin: The Musical), Marjorie Duffield and Helen Park (KPOP).

“I am thrilled to work so closely with the innovators, animators and digital pioneers at Sony Pictures Imageworks as we bring the magical story of Fei Fei and her dream of a moonshot to life in Over the Moon,” said Glen Keane. “To use an appropriate space metaphor, they have the right stuff to make this film visually stunning and completely unique in keeping with the style, tone and sensibility we plan to establish. I am tremendously excited about this creative collaboration and am looking forward to working with Randy Lake, Michelle Grady and their extraordinary award-winning crew.”

Sony Pictures Imageworks is an Academy Award-winning visual effects and animation studio which has recently helped bring Sony Pictures Animation’s Hotel Transylvania 3: Summer Vacation, Smallfoot and Spider-Man: Into the Spider-Verse (December 14) to theaters. The studio is overseen by Randy Lake, President Studio Operations & Imageworks, and Michelle Grady, Senior Vice President of Production for Imageworks. Over the Moon will be overseen by David Smith, who will serve as VFX Supervisor; Sacha Kapijimpanga, Animation Director; and John Kreidman, Producer.