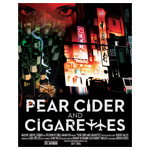 Everyone has a story about a friend who lived life a little closer to the edge, but watching exercises in self destruction are rarely as enjoyable as in Pear Cider & Cigarettes. Directed by Robert Valley, this film is long enough to stretch our definition of a short in telling the story of Techno, who liked nothing more than to drink, smoke fight — and did so with style all over the world. Told with a graphic novel style of artwork, this film was picked up by Vimeo as original programming and is available on demand from the site.

Where did the idea for the short come from and why did you decide to tell the story in animation?: The idea of the short film came about from a conversation I had in the pub with my friend Hugo. I told him the entire story of Pear Cider (which was a true story) over a couple of pints, when it was all said and done he urged me to make a book or film of the story. I ended up doing both.

How did you fund the short?: The film was largely funded by me doing freelance work no the side, at a certain point when it came time to pay for such things as music licensing, visual clearances and post production I was forced to do a Kickstarter campaign, which was successfully funded back in March 2016.

How many people worked on the project with you?: I worked on the film pretty much by myself up until the animation was done, then I sought the help of Cara Speller and Passion Pictures to help me with all the things mentioned above (music licensing, visual clearances, post production, etc.).

How long did it take to finish the movie?: It took about three years to complete the film, plus another six months to complete all the obligations for the Kickstarter. I am sending out the last books and DVDs right now in fact.

What tools did you use?: I animated the film in Photoshop, and did some compositing in After Effects, edited together on Premiere, basically all the tools I had available here at home. If I had access to better animation software, I would have used it but such is life.

What was the most challenging aspect of making your film?: Staying focused every day for the better part of three years and not letting myself get overwhelmed. It was definitely an exercise in self-restraint as I quit drinking during the production of this film.

Has your film won any awards?: My films never win awards.

What are your future animation plans?: Work like hell. 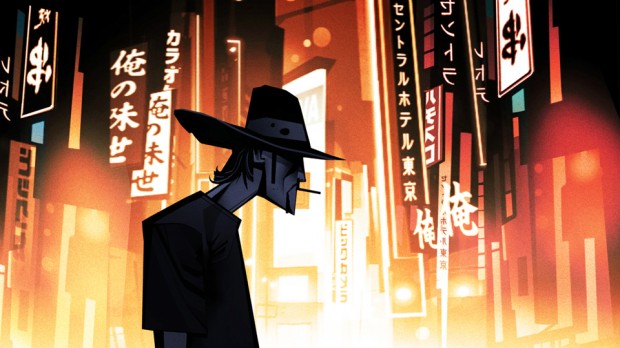