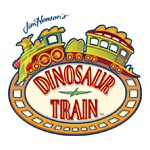 PBS Kids is planning some major Jurassic action this month with a one-hour Dinosaur Train movie to kick of the second season of the popular Henson Company series.  Slated for August 22, the special finds Buddy and his adoptive Pterandon family on a pre-historic adventure as they gather all their friends to travel to the big Theropod Convention in Laramidia, the Dinosaur Big City (which sounds a lot like Comic-Con for dinos).

The CG-animated series encourages scientific thinking and other skills as it teaches children about natural science, natural history and paleontology. Dinosaur Train’s second season will focus on exploring the outdoors and natural phenomena, and will feature “Big Dinosaur Week” and a special based on the fan favorite “Dinosaurs A to Z” song. 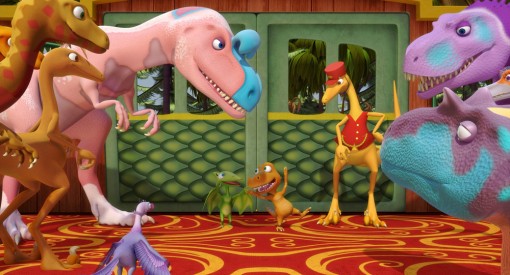 “We are extremely proud of the success of Dinosaur Train and are delighted that young fans around the world continue to embrace the series,” says Henson Company CEO Lisa Henson “With each episode, we strive to deliver the highest quality of entertainment and education, and we have a tremendous team of creative talent to ensure that we meet the expectations of children and their parents.”

The movie will also be released on DVD on August 23 by Paramount Home Entertainment. The DVD includes the Dinosaur Big City movie and four bonus episodes of the show, as well as interactive games, coloring pages, a dinosaur reference guide and information for parents. The DVD will be available for the suggested retail price of $14.99 U.S./$15.99 Canada.