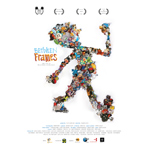 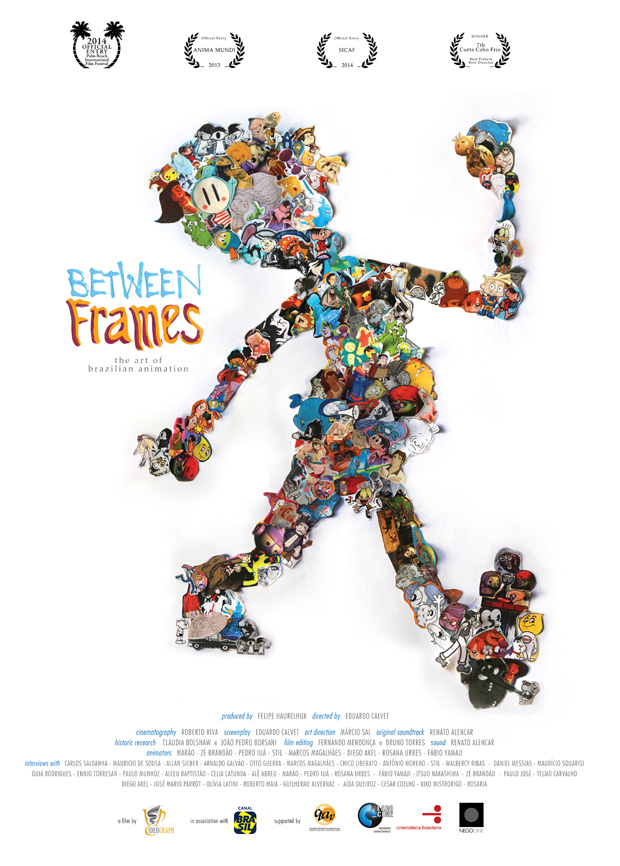 Between Frames: The Art of Brazilian Animation

Between Frames: The Art of Brazilian Animation uncovers hidden gems and recaptures the pioneering spirit of Alvaro Marins’ lost The Kaiser.

Animation has proven its appeal to audiences worldwide with hit after hit. But the history of animation also spans the globe and produces some unexpected gems for those willing to seek them out.

Such was the case for director Eduardo Calvet and producer Felipe Haurelhuk, who collaborated on an effort to bring the unexpectedly rich history of animation in Brazil to light in the to documentary feature Between Frames: The Art of Brazilian Animation. The pair met when they both worked in Brazilian television, where Calvet had done a series called Brazilian Comics. A project on animation seemed an obvious follow up.

Taking four years to make, Between Frames uncovers a passion for animation in Brazilian artists that runs back nearly a hundred years to the nation’s first animated film, The Kaiser. Made in 1917 by Alvaro Marins, who used the screen name Seth, no copy of The Kaiser is known to exist.

And while the film itself is gone, Between Frames captures at least some of its spirit as it chronicles the effort by a handful of modern Brazilian animators to recreate The Kaiser from the few surviving descriptions of its content.

“Starting with The Kaiser, we started to recover other stories, especially the early ones,” Calvet said. The film features samples of work from such early Brazilian animators, such as Luis Seel, Roberto Miller, Stil and Mauricio de Sousa all the way up to modern animators like Carlos Saldanha.

“All of them were passionate animators,” says Calvet. “They made basically animation their lives and they are not very well recognized here in Brazil, they are not famous people.”

Many of the early animators were inspired by the works of — who else? — Walt Disney. One such animator was Anelio Latini Filho, whose Amazon Symphony, released in 1951, was the first animated feature film from Brazil. Made over five years — with almost all the work done by Latini himself — the film follows the style of Disney’s Fantasia, telling folk stories over orchestral music.

Haurelhuk says his biggest challenge was digging up historical material, locating animators and also finding copies of the animated movies themselves. Though the first steps were hard to find, most of the people they found were very open and happy to talk about the work. “All the animators we interviewed were so nice, so gentle with us,” he says.

The film, made for about $35,000, covers other key outlets for animation — most notably advertising in the 1960s and 1970s, which offered the closest thing to an animation industry Brazil had in those days.

Many of the nation’s animators were self-taught and pursued animation for the simple reason they loved it, says Calvet. But while animated characters were popular in ads and in entertainment, little attention was paid to who was doing it and why.

One of the few prior attempts to document Brazlian animation was a book on its history written by animator Antonio Moreno and published in the late 1970s. It was a precious resource for Calvet and Haurelhuk as they worked on the film.

Having collected material from all over Brazil left the filmmakers with hundreds of hours of material to sort through. The recreation of The Kaiser short gave the movie’s story a spine to form around.

The reaction to the movie, which has been screening at festivals, has been almost uniformly positive, Haurelhuk says. The movie has screened at the Palm Beach International Film Festival and is slated to screen at this year’s Annecy festival.

That parallels the growing success of animation in Brazil, which, if it’s not quite an industry, is at least setting the foundations will allow one to grow here.

“We don’t have now a stable industry, but we are starting to build one,” says Calvet. “We have a very strong festival in Brazil, Anima Mundi, that is growing every year. It makes a lot of young people enjoy animation, so we are starting to have a new generation of animators.”