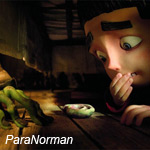 A few months ago, we had the great opportunity to visit the talented team of artists and technicians at Portland studio LAIKA, who are putting the finishing touches on their much-anticipated summer movie ParaNorman. The charming tale centers on a misunderstood young boy who can speak with the dead and decides to battle ghosts and zombies to save his New England town from a centuries-old curse.

Directors Sam Fell (Flushed Away, Tale of Despereaux) and Chris Butler discussed the origins of their fun family movie and how they combined old-fashioned stop-frame puppetry with new technologies to bring their vision to 3D life. 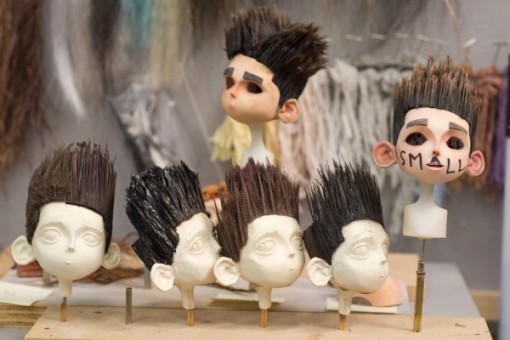 Butler, who was a storyboard artist on Coraline and Corpse Bride, talked about coming up with the idea of the movie more than 12 years ago.

“Initially, I wanted to write a zombie movie for kids,” he notes. “That’s when the original John Carpenter-meets-John Hughes idea came from. I grew up loving films like Goonies, Ghostbusters, Gremlins, Poltergeist and ET. There was an irreverence and edgy quality about those movies that I find is lost in modern kids pictures. I started writing on and off, and had 30 pages of a script, when I was working on Coraline, I showed it to Travis [Knight, LAIKA president and CEO] and he really liked it and said, ‘Where’s the rest?’

“That’s what I loved about Chris’s script,” says Fell, who joined the project about two and half years ago. “It’s a very complete story. It’s got a killer ending to it. All of the references that he was talking about were things that I as a teenager was watching. It’s a family movie and you know it’s for everyone. But [Chris] is referencing some of the John Carpenter stuff especially, like the notion of playing in that sort of horror genre without being kind of crazy scary or anything. He approaches the topic of bullying, for example, without being preachy and boring about it.” 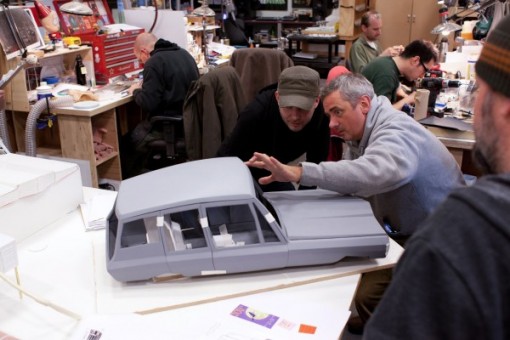 Butler and Fell spent a lot of time figuring out a common way of approaching the film so that it stood out and explored the best possible ways to take advantage of the stop-motion medium.

“Animated movies aren’t quite the novelty they were ten or 15 years ago, so we’ve worked hard to make this the unique thing that it deserves to be,” notes Butler.

Fell mentions that from the very beginning, it was obvious that if they were going to make a zombie movie for younger viewers, it had to be done in stop motion. 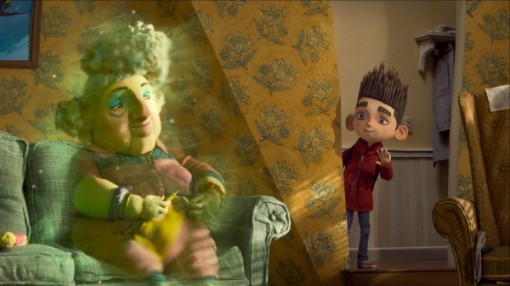 “Certainly certainly working on Coraline and seeing some of the innovations that the studio was coming up with was hugely exciting and it enabled us to take stop motion in a bigger, broader direction, to increase the scope and or ambition,” he notes.

In addition to the core team of stop-motion animators, LAIKA also relied on its in-house vfx department, which provided green screen technology and compositing services.

“We have a whole CG department, so we create these massive big special effects as you would in a special effects movie,” says Butler. “There are so many limitations to stop frame that kind of have given it its charm over the years, but now that the technology has advanced you don’t have to be as constrained. It doesn’t have to be as theatrical. It’s often theatrical just purely because of sets and puppets and just really it’s logistical stuff and getting the opportunity to really push those boundaries. I mean the story takes place in a town, so we wanted it to feel like a town. It’s not three locations.” 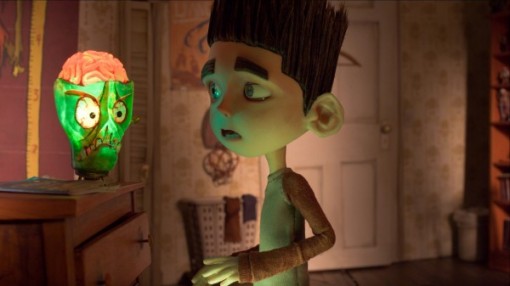 Both Fell and Butler bring up the fact that the Portland location helps the studio think outside the usual Hollywood box and bring innovative ideas and methods to the mix.

“It actually pays to be different,” admits Butler. “I mean there is a lot more animation around and it’s not homogenized. People are doing lots of interesting and different things around the world. But you know, you can’t really follow a formula. Pixar makes amazing movies, but that’s Pixar. You can say the same about any of the big studios. I think what really makes something work is if you don’t copy what everyone else does and you try and do your own thing and we definitely tried to do that.”

You can find out more details about this intriguing stop-motion production and learn about some of the innovative technology LAIKA uses on this film in the August issue of Animation Magazine. 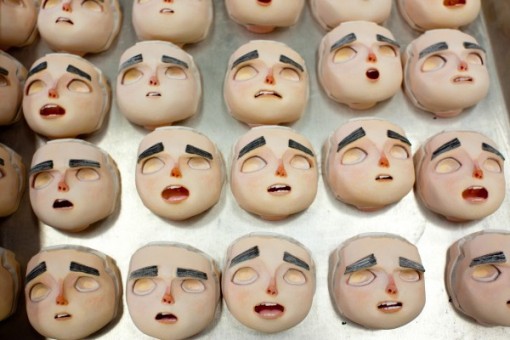