Paramount Pictures has snapped up worldwide rights to Charlie Kaufman and Duke Johnson’s stop-motion feature Anomalisa, following warmly received showings at the Telluride, Toronto and Venice film festivals. The distributor is planning a December 30, 2015 release in New York and Los Angeles in order to squeak in for Oscar consideration.

Anomalisa is the first animated foray for Kaufman, who wrote Being John Malkovich and wrote and directed Eternal Sunshine of the Spotless Mind. The animation expertise came from co-director Johnson, whose directorial credits include Moral Orel, Mary Shelley’s Frankenhole, Beforel Orel and the 2010 animated Christmas episode of Community. Anomalisa is billed as a film about a man “crippled by the mundanity of his life” and his experiences within a bizarre hotel.

The film is produced by Starburns Industries and Snoot Entertainment and was partially funded through Kickstarter. The voice cast includes Jennifer Jason Leigh, Tom Noonan and David Thewlis. 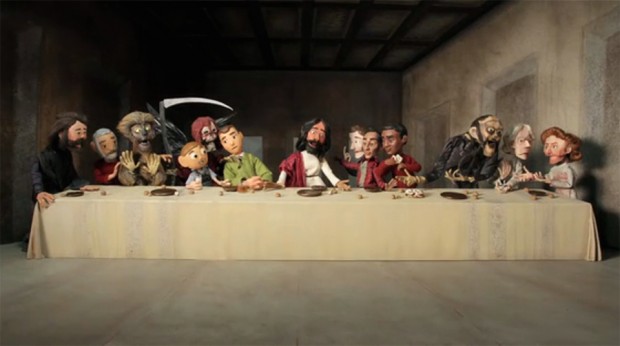