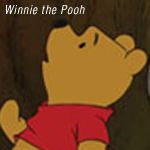 Disney’s next 2D animated feature, Winnie the Pooh, doesn’t open in North America until July 15 — but it’s already playing overseas and doing fairly well with critics and audiences so far.

Here’s a sampling of some of the reviews:

The comeback of old-style hand-drawing at Disney under the watchful eye of Pixar’s John Lasseter continues with a snuggly Winnie the Pooh, touchingly faithful to Walt’s original 1960s cartoons as much as AA Milne’s stories. Disney’s animators have upped the antics-quota fractionally, but this is as fond an amble as you’d expect. Pooh sets off with a rumble in his tummy, distracted by doomy old Eeyore who has lost his tail and, later, Christopher Robin vanishes, presumed kidnapped by the “Backson” beast. Despite Pooh sounding ever so slightly like Vivien Leigh in A Streetcar Named Desire, the utmost homage is paid to Milne, EH Shepard’s drawings and the joys of storytelling – Pooh merrily trotting across animated pages from the books. A gentle, modest pleasure.

While there are worse kids’ films out at the moment, this adaptation of the AA Milne story isn’t half poor value.

The main feature lasts just 54 minutes, with the running time padded out by two unrelated, forgettable shorts and extended closing credits. Bear that in mind before you drag the kids off to the multiplex over Easter.

Of course, one of the biggest draws of the film is that it utilises the same style of animation present in the short films of old. And, like Sylvain Chomet’s L’illusioniste last year, Winnie the Pooh very much makes the case for hand-drawn animation. The watercolour backgrounds and the wood look absolutely beautiful, and are painted in such a great detail that is missing from the often awful-looking, lazy, simplistic animation that makes up most of today’s cartoons. The characters are the same ones we all know, and they haven’t changed a bit, visually. Well, almost. The animators have gone to extra lengths to make them look the same, and evoke the same old facial expressions, and mostly do an excellent job.

The eight writers have done a competent if uninspired job of combining several A.A. Milne short stories into a serviceable 69-minute yarn.

We’d love to hear from some of our overseas readers who have seen the film what they thought of it. And take your stopwatch — we’d like to know just how long the movie really is.

To whet our American and Canadian readers’ appetite for the new Pooh, we present the following clip and a featurette on the music of the film with Zooey Deschanel.