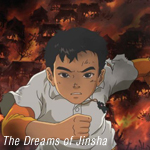 No sooner was it announced as one of the 15 films eligible for this year’s animated Oscar race than a qualifying run for the Chinese film The Dreams of Jinsha was set to begin Dec. 3 at the Laemmle Music Hall in Los Angeles.

The film is heralded as the most expensive animated film ever made in China and took five years to complete. It was released in China in July and received wide acclaim in that country.

The story is described as follows:

Xiao Long is a modern day middle-school student, who, after being transported 3,000 years back in time to the ancient kingdom of Jinsha, discovers his true destiny. Jinsha is a beautiful and magical place but plagued by a mysterious evil energy which its inhabitants fear they can’t hold off, much less defeat. After the school boy witnesses the beginnings of the destruction by the forces of darkeness on this ancient land, he is overcome with sadness and pledges to help. Upon discovering a special connection with nature, Xiao Long gains the trust of the beautiful young Princess Hau’er and her loyal subjects and together they fight the wicked forces surrounding them to restore peace across the kingdom. Along the way, Xiao Long reforms himself into a courageous boy who forgoes his self-centered behavior to coexist harmoniously with others.

The film was directed by Chen Deming and written and produced by Su Xiaohong. The film was produced by Hangzhou C&L Digital Production Co. in Hangzhou, and distributed in China by China Film Co.

You may also like...
Related Topics:China, Oscars, The Dreams of Jinsha