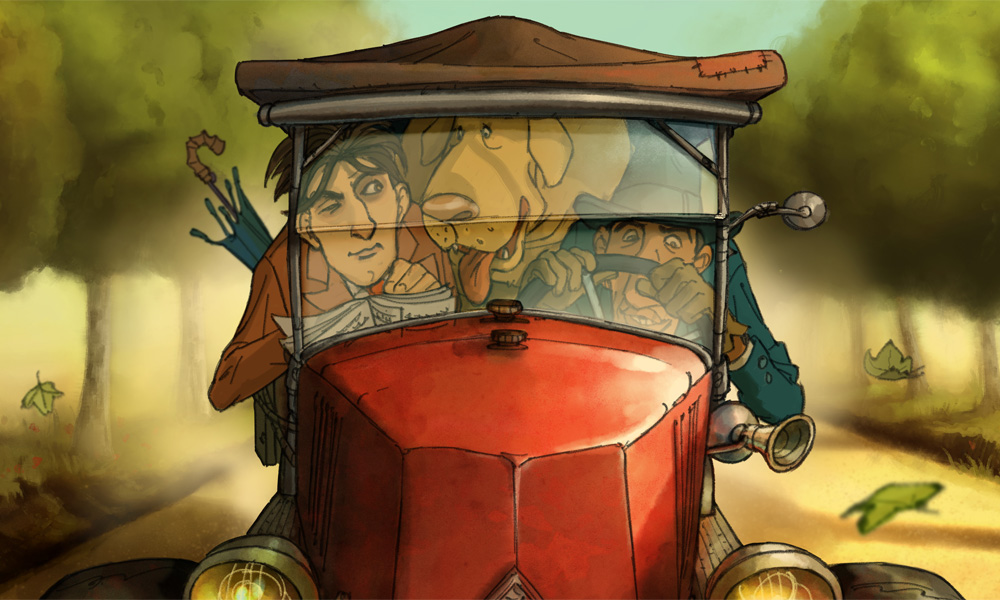 The Magnificent Life of Marcel Pagnol

ON kids & family (Mediawan), producer of the worldwide hits The Little Prince and Miraculous; and the production company What The Prod, created and headed by Ashargin Poiré and Valérie Puech, have joined forces to produce an animated feature film directed by the visionary filmmaker Sylvain Chomet, based on the exceptional life of the legendary Marcel Pagnol. The project is dubbed “an animated hymn to filmmaking.”

“No need to be familiar with Marcel Pagnol to enjoy what Sylvain will offer us with this film. Whether or not you know Pagnol, Sylvain’s visionary take on the life of one of the greatest artists who ever lived will have you travel through the great changes of the 20th century and witness the birth of contemporary filmmaking,” said Aton Soumache, President and founder of ON kids & family. “Pagnol’s pioneering life has been so rich, so intense, that it was the perfect material for a timeless and solar hymn to the cinema, to life and to childhood across frontiers, as Martin Scorsese did with Georges Méliès in Hugo or with Howard Hugues in Aviator and that Sylvain’s genius and inimitable animation style will magnify.”

The movie marks Chomet’s return to the cinema. The one-of-a-kind artist has been nominated for four Academy Awards for his three films (The Illusionist, The Triplets of Belleville, The Old Lady and the Pigeons) and won a BAFTA and a César. Chomet’s works have travelled the world, participating in the most prestigious festivals and ceremonies — including Cannes Film Festival, the Golden Globes, Annecy and the Berlinale.

“I have always been a great admirer of Marcel Pagnol’s work, so I was immediately won over by the idea of writing and directing an animated biopic on his life. His entire work speaks to us in words relatable to all of us. I want to tell his story, what we know little or less about him, and try to understand and reveal the man behind his work. It is through the innocence of Marcel as a child that I have chosen to retranscribe the profoundly human and universal values of the man, because I am convinced that our era needs to return to this poetry and language of humanity,” said Chomet.

With 150 million books sold worldwide and translations into more than 50 languages, Marcel Pagnol was one of the world’s most inventive and prolific artists who ever lived. Pagnol went on to build his own studio and distribution company, pioneering talking pictures and shaping the global cinema industry. At the time, his movies reached more than two hundred admissions worldwide.

Pagnol’s life is an incredible success story and a true modern fable, marked by deep humanism, audacity and authenticity. The animated biopic The Magnificent Life of Marcel Pagnol tells the incredible destiny of an exceptional man and artist born the same year as cinema, who went through the most important and tumultuous upheavals of 20th century History. With the depth and the universality of Chomet’s animated characters and their ability to appeal to a large family audience, the film will take the viewer on an adventure to the heart of a sublimated France, from Paris to Pagnol’s native Provence, during half a century of epic history which has built our modern world.

“Cinema and Marcel Pagnol are a family matter. The ‘magic’ of Pagnol has been happening in our family since 1942, when my grandfather bought the studios of this cinema pioneer for Gaumont, thus becoming his official distributor. Since then, a sincere friendship was born between the two men, allowing us today to have the trust of Nicolas Pagnol, his grandson, who is accompanying us in this project,” noted Ashargin Poiré, co-founder of What The Prod. “Animation was for us the best way to transpose this magic, which is why we are very happy to co-produce this animated biopic with ON, for the whole world and for all audiences. Sylvain Chomet’s massive, timeless and universal talent, and his authenticity, will create a wonderful tribute to the life and work of Marcel Pagnol.”