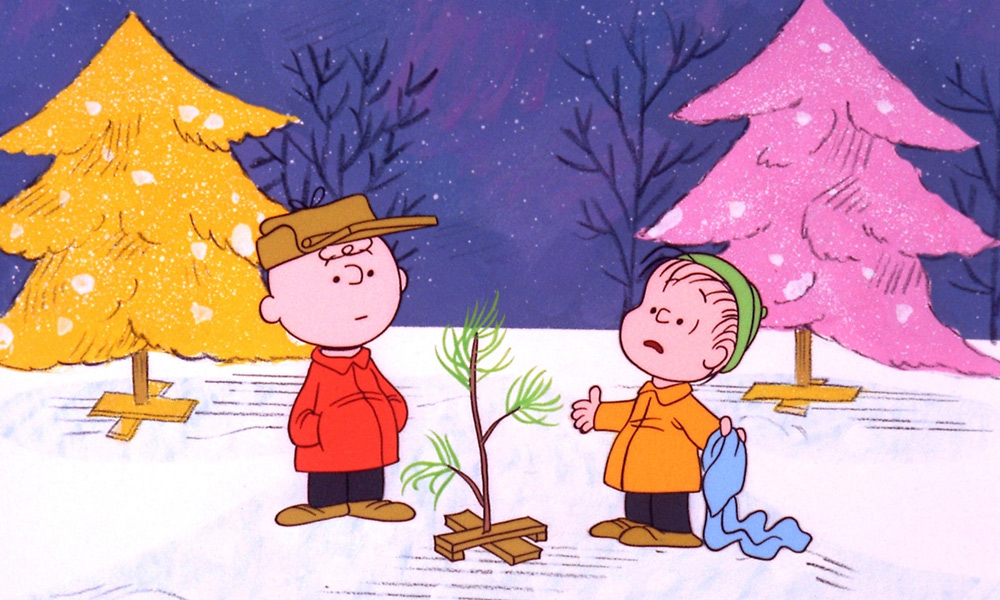 ABC will soon be celebrating the joy of the holiday season. In November, the network serves up a bounty of Thanksgiving-themed episodes and the classic animated special A Charlie Brown Thanksgiving. In December, ABC decks the halls with special Christmas and Hanukkah-themed episodes — the return of fan-favorite unscripted series The Great Christmas Light Fight and The Great American Baking Show: Holiday Edition; and an all-new holiday movie, Same Time, Next Christmas, starring Lea Michele. Timeless cartoons and beloved holiday films will also return. And the fun continues after Christmas with New Year’s-themed programming ringing in 2020.

Wednesday, Nov. 27
8-9 p.m. A Charlie Brown Thanksgiving – In the 1973 special, created by late cartoonist Charles M. Schulz, Charlie Brown wants to do something special for the gang. However, the dinner he arranges is a disaster when the caterers, Snoopy and Woodstock, prepare toast and popcorn as the main dish. Humiliated, it will take all of Marcie’s persuasive powers to salvage the holiday for Charlie Brown. A special bonus cartoon, This Is America, Charlie Brown: The Mayflower Voyagers, will air with the Peanuts classic: The year is 1620. After 65 grueling, sea-tossed days, the Pilgrims are in view of America’s shores – and Charlie Brown and the Peanuts crew are with them as they experience firsthand the lifestyle of the early settlers and celebrate the first Thanksgiving. The special will air with Spanish audio via SAP.

Sunday, Dec. 1
8-9 p.m. Santa Claus Is Comin’ to Town – In the perennial favorite created in 1970 by Rankin-Bass Productions (Rudolph the Red-Nosed Reindeer, Frosty the Snowman), Fred Astaire narrates the timeless tale of Kris Kringle, a young boy with an immense desire to do good things for others. The vocal cast features Mickey Rooney as Kris Kringle; Keenan Wynn as Winter; Paul Frees as Burgermeister Meisterburger, Grimsby, the soldiers and the townsmen; Joan Gardner as Tanta Kringle; Robie Lester as Jessica; and Andrea Sacino, Dina Lynn, Gary White and Greg Thomas as the children.

Thursday, Dec. 5
8-9 p.m. A Charlie Brown Christmas – Celebrate the joy of the holidays with the classic animated Christmas-themed Peanuts special, created by the late cartoonist

Charles M. Schulz. In the digitally remastered 1965 special, Charlie Brown complains about the overwhelming materialism that he sees everywhere during the Christmas season. Lucy suggests that he become director of the school Christmas pageant and Charlie Brown accepts, but it proves to be a frustrating struggle. When an attempt to restore the proper spirit with a forlorn little fir Christmas tree fails, Charlie Brown needs Linus’ help to learn what the real meaning of Christmas is. Charlie Brown’s Christmas Tales will also air with the Emmy-winning classic.

Thursday, Dec. 12
8-8:30 p.m. Olaf’s Frozen Adventure – Olaf (voice of Josh Gad) teams up with Sven on a merry mission. It’s the first holiday season since the gates reopened and Anna (Kristen Bell) and Elsa (Idina Menzel) host a celebration for all of Arendelle. When the townspeople unexpectedly leave early to enjoy their individual holiday customs, the sisters realize they have no family traditions of their own. So, Olaf sets out to comb the kingdom to bring home the best traditions, and save Anna and Elsa’s “first Christmas in forever.” Jonathan Groff also rejoins the original cast of Arendelle characters as Kristoff.

8:30-9 p.m. Toy Story That Time Forgot – Pixar Animation Studios’ special for television features favorite characters from the Toy Story films. During a post-Christmas play date, the gang finds themselves in uncharted territory when the coolest set of action figures ever turn out to be dangerously delusional. It’s all up to Trixie the triceratops if the gang hopes to return to Bonnie’s room. The cast includes Tom Hanks as Woody, Tim Allen as Buzz, Kristen Schaal as Trixie, Kevin McKidd (Grey’s Anatomy) as Reptillus Maximus, Wallace Shawn as Rex, Timothy Dalton as Mr. Pricklepants, Don Rickles as Mr. Potato Head and Joan Cusack as Jessie.

Tuesday, Dec. 17
9:30-10 p.m. Shrek the Halls – DreamWorks Animation presents a half-hour of entertainment starring America’s favorite ogre and his friends, featuring the voices of Mike Myers, Eddie Murphy, Cameron Diaz and Antonio Banderas. Just when Shrek thought he could finally sit back, relax and enjoy his happily ever after with his new family, the most joyous of all holidays arrives. It’s Christmas Eve and everyone is filled with holiday cheer — except for Shrek. He isn’t exactly the picture of yuletide joy, but for the sake of Fiona and the kids, he tries to get into the spirit of things as only an ogre can. Unfortunately, everyone seems to have their own ideas about what Christmas is all about, so when Donkey, Puss In Boots, Gingerbread Man and the whole gang try to join in on the fun, Shrek’s plans for a cozy family celebration end up spiraling into one truly unforgettable Christmas.

Thursday, Dec. 19
8-8:30 p.m. Disney’s Prep & Landing – Walt Disney Animation Studios brings you a half-hour holiday special tale of an elite unit of elves known as Prep & Landing. After working tirelessly on the team for 227 years, an elf named Wayne is upset when he doesn’t receive an expected promotion to be the Director of Naughty List Intelligence. Instead, Magee, the North Pole Christmas Eve Command Center Coordinator (NPCECCC for short), partners Wayne with Lanny, an idealistic rookie who has an undying enthusiasm for Christmas. During their Christmas Eve mission, Wayne and Lanny encounter unexpected challenges that push them to their limits. Will the elves be able to guide Dasher, Dancer and the rest of the reindeer pulling Santa’s sleigh through a raging snowstorm to ensure a merry Christmas for all?

8:30-9 p.m. Disney’s Prep & Landing 2: Naughty vs. Nice – The yuletide adventures of Christmas elves Lanny and Wayne continue. With the Big 2-5 fast approaching, Wayne and Lanny must race to recover classified North Pole technology that has fallen into the hands of a computer-hacking Naughty Kid! Desperate to prevent Christmas from descending into chaos, Wayne seeks out the foremost Naughty Kid expert to aid in the mission, a bombastic member of the Coal Elf Brigade who also happens to be his estranged brother, Noel.

Sunday, Dec. 22
7-8 p.m. I Want a Dog for Christmas, Charlie Brown! – This 2003 Peanuts special centers on ReRun, the lovable but ever-skeptical younger brother of Linus and Lucy. It’s Christmas vacation and, as usual, ReRun’s big sister is stressing him out, so he decides to turn to his best friend, Snoopy, for amusement and holiday cheer. However, his faithful but unpredictable beagle companion has plans of his own, giving ReRun reason to ask Snoopy to invite his canine brother, Spike, for a visit. The cast includes Jimmy Bennett as ReRun, Adam Taylor Gordon as Charlie Brown, Ashley Rose Orr as Lucy Van Pelt, Corey Padnos as Linus Van Pelt, Hannah Leigh Dworkin as Sally, Nick Price as Schroeder, Jake Miner as Pig Pen/Franklin, Kaitlyn Maggio as the little girl and Bill Melendez as Snoopy.

Thursday, Dec. 26
8-9 p.m. Happy New Year, Charlie Brown – ABC and the Peanuts gang will ring in the new year with this animated special, created by late cartoonist Charles M. Schulz, along with She’s a Good Skate, Charlie Brown. In Happy New Year, Charlie Brown, the gang is ringing in 1986, and Marcie and Peppermint Patty are throwing a big New Year’s Eve bash. Charlie Brown plans to celebrate the holiday by curling up with a big book that weighs nearly as much as he does, Tolstoy’s War and Peace. The book’s weight doesn’t stop him from lugging it to Lucy’s pre-party dance class, where he cuts a mean rug with a rollicking Patty. With just 1,131 pages to go, Charlie Brown takes another break, this time for the party, and summons the courage to invite his true love, the little red-haired girl. She doesn’t respond, but hapless Chuck shows up anyway — with Tolstoy in tow. Then, he settles down with the book — on a porch swing in a snowstorm— and in so doing, misses the evening’s big surprise. In She’s a Good Skate, Charlie Brown, disaster strikes as Peppermint Patty heads to her first major ice-skating competition with coach Snoopy and faithful companion, Marcie, by her side. As always, the unassuming Woodstock flies in to save the day. 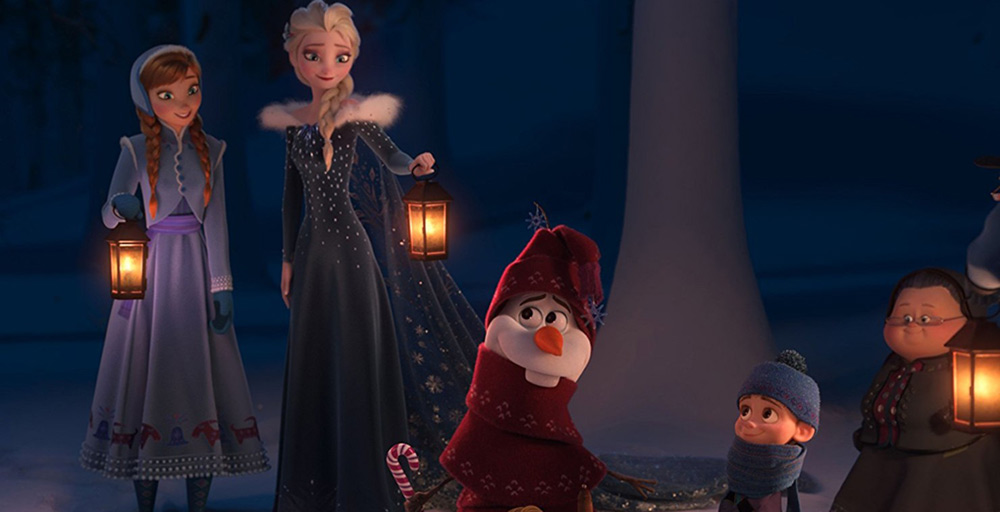