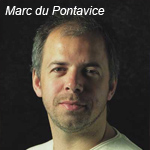 French animation producer Marc du Pontavice, who presented his latest project Oggy and the Cockroaches: The Movie at Annecy last week, has started development on a new original fantasy project titled J’ai perdu mon coeur (I Lost My Body). Adapted from Guillaume Laurant’s novel Happy Hand, the movie centers on the wild journey of an amputated hand in search of its body, which belongs to a lovesick Moroccan immigrant in France.

The feature, which will be directed by award-winning French animator Jeremy Clapin (Skhizein) and will have an estimated budget of $10 million. Du Pontavice’s company Xilam will use rotoscopy and CGI 3D with a 2D-style rendering to deliver the film’s animation.

“‘J’ai perdu mon Coeur marks a departure from my previous animated features, Lucky Luke and Oggy,’ which were both family features based on franchises,” Du Pontavice told Variety. “It will be a poetic, fantastic and romantic tale set in a very realistic universe.”

Previously, Laurant worked with Jean-Pierre Jeunet on several films, including Amelie, A Very Long Engagement, The City of Lost Children and the recent The Young and Prodigious T.S. Spivet, which was picked up by The Weinstein Co. at Cannes.

Le Yark Makes its Mark: In related movie news from Annecy, Bertrand Santini is writing and directing a new big-screen adaptation of the Le Yark, a novel about a monster who devours well-behaved children. The pic will be distributed in France by Diaphana and Kinology is handling the international sales of the title. Autour de Minuit’s Nicolas Schmerkin is producing the movie with Stephan Roelants at Melusine Productions and Vincent Tavier at Belgium’s Panique.

According to Roelants, the film has a $10.7 million budget. “Like Ernest and Celestine, Le Yark will boast a multi-layered narrative to appeal to children and their parents,” Roelants told Variety last week. The movie is expected to be released in late 2015. 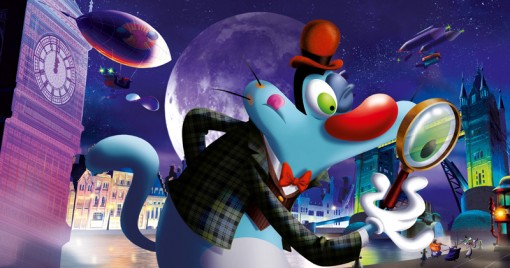