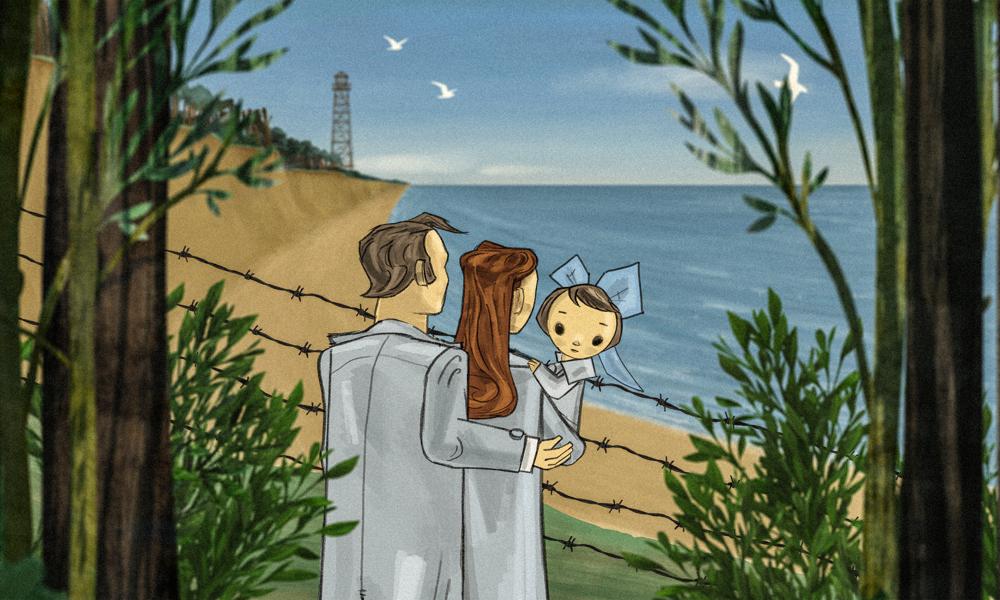 Over the past decade, fans of world cinema have seen several creative auteurs use animation to tell stories that deal with serious issues and explore tough socio-political themes. This year, Latvian-Norwegian director Ilze Burkovska Jacobsen continues that tradition with My Favorite War, a powerful look at her own experience growing up under Soviet rule and how that political climate impacted her own coming of age. During a recent interview, Burkovska Jacobsen talked to us about the making of her movie, which took home the prestigious Contrechamp prize at Annecy in June. The title is also selected as one of the features in competition at the Ottawa International Animation Festival this month.

“Two of my key cinematic sources of inspiration are Marjane Satrapi’s Persepolis and Ari Folman’s Waltz with Bashir,” says Burkovska Jacobsen. “Both films tell about history, use animation and still are classified as documentaries. My inspiration art-wise was Frida Kahlo. In the beginning, when I started to raise money for my film, I was kind of embarrassed that I was using myself in the story. But then I thought of Frida Kahlo and thought, well, we see images of her face and body in her paintings, but she tells the larger story anyway. We see pain, longing, love, accusation and a statement of female strength in her paintings, not the self-satisfied face of the painter. So I decided then that it was possible to use yourself in a film even though it felt very uncomfortable at times.”

She adds, “Of course, in terms of the film’s storyline, I was inspired by the tremendously dramatic history of my homeland Latvia, with all the tragic twists during the last century and the ‘happy ending’ from our perspective of the Cold War.” 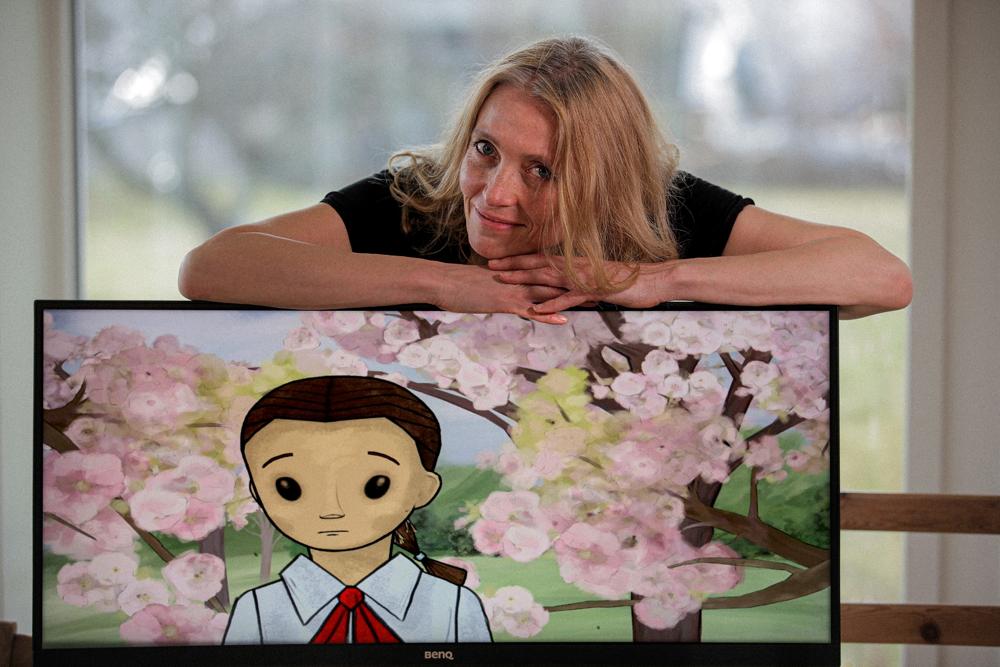 The filmmaker says there were various reasons she decided to combine animation with live-action and archival footage and photos. “That was the only way for me to visualize the story the way I wanted to tell it,” she explains. “To make a live-action fiction movie would be too expensive. There are also no archives or photos of the situations or happenings of what I wanted to show in my film.”

Burkovska Jacobsen began her work on the movie’s script about nine years ago. The film’s concept artist began contributing drawings for the film that same year. However, actual development didn’t start until 2014, and production began late in 2016. The team used cut-out animation in combination with some 3D and a little bit of hand-drawn animation for the opening scene of the movie. According to the director, the team had five animators overall: Krish Ābols, Kerija Arne, Toms Burāns, Neil Hammer and Arnis Zemītis. Also contributing to the movie were background artist Laima Puntule, additional character artist Harry Grundmann and storyboard artists Margarita Turauska and Roberts Cinkuss.

Looking back at the making of her movie, Burkovska Jacobsen says the most challenging aspect was figuring out her father’s storyline. “He was a member of the Communist Party because that was the only way to get something done as a leader for a community,” she explains. “He was energetic and charismatic and he accomplished so much. I still miss him, so it’s hard to explain today why he joined that Party. Still, my parents’ stories are the stories of millions of other people, who were members of the Communist Party without personally seeing themselves as Communists. The historical and political circumstances didn’t leave them any choice. That was the reality. As my mother was told, ‘Become a member or you will lose your job.’” 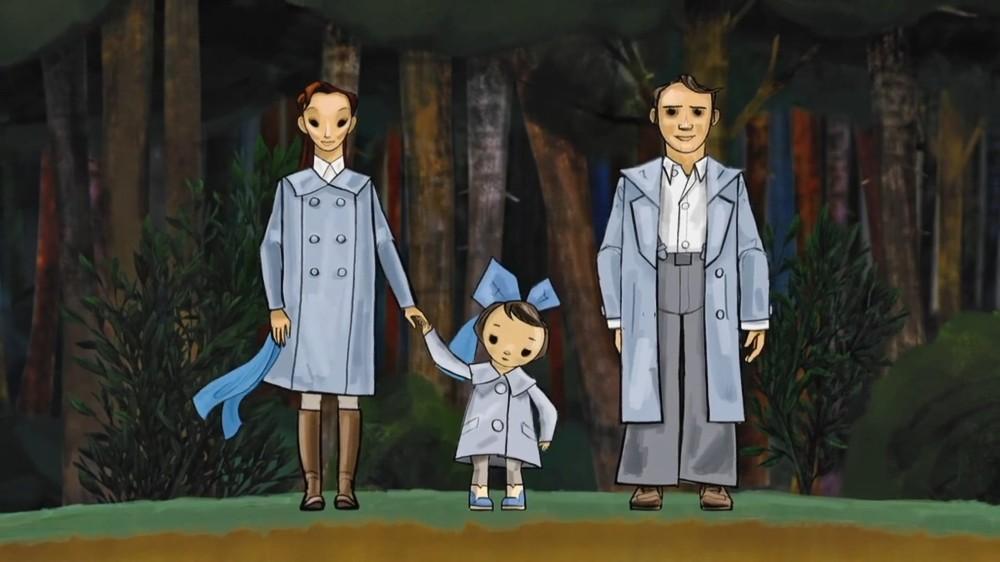 Hedgehog, Snow White and Other Faves

Growing up, the filmmaker was deeply inspired by Yuri Norstein’s Hedgehog in the Fog. “He is still working on his upcoming project, The Cape, and the pieces I have seen are just beautiful,” she says. “I also think it is impossible to fly with your animation dreams without the wings given by Hayao Miyazaki. Spirited Away is perhaps my favorite of his films.”

Burkovska Jacobsen points out that Latvian animation was at an early stage when she was young. “We are very romantic people, and I would call our national animation in the 20th century romantic, too,” she recalls. “The Russian films were funny and very well made, but I remember specifically the feature-length Soviet version of Mowgli (The Jungle Book). When I moved to Norway, as a young student at the age of 19, I skipped lectures in university to go to the movie theaters and watch the morning screenings for children in Stavanger.”

She says she will never forget seeing Disney’s Snow White in a theater packed with screaming kindergarten kids. “I was so hungry to see more of this world that was forbidden for me as a kid,” says the director. “American animated programs were rare on Soviet TV. I do remember that every New Year, we would get a special gift on TV: an hour of Tom and Jerry cartoons. We all loved that.” 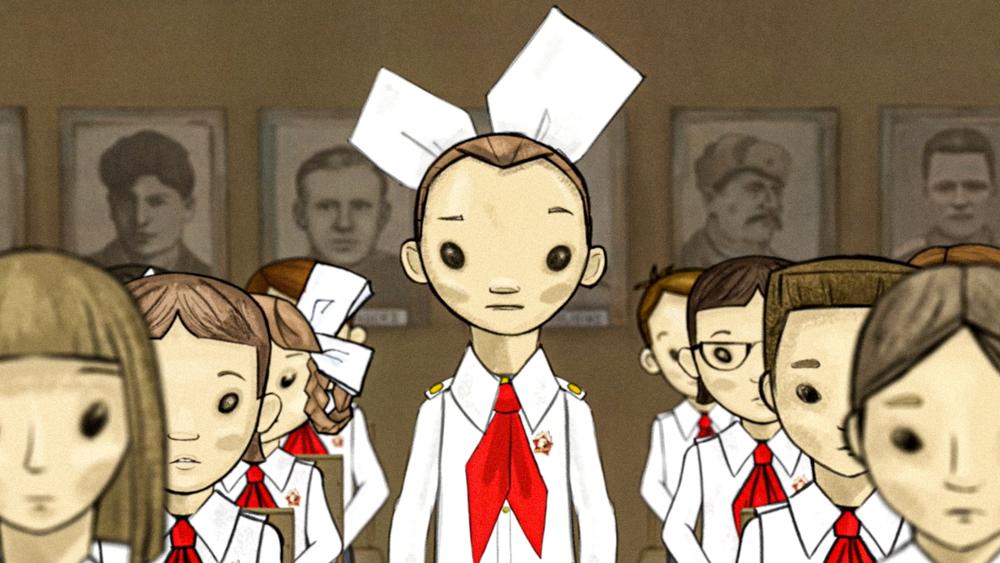 The filmmaker says she didn’t learn much about art from her mother’s father, who was a painter. “I didn’t inherit his skills, neither in understanding color or in drawing,” says Burkovska Jacobsen. “The main thing I learned from him was to be critical to your own work, not to run to the public too early before you have looked at it by yourself again and again. My father’s dad was a talented oral storyteller. He was so eager to entertain people in any family gatherings with his funny stories. So I guess my need to tell other people something from my heart actually comes from him.”

Of course, like everyone else around the world, Burkovska Jacobsen’s life and career have been impacted by the COVID-19 pandemic. “What a year!” she says. “I do believe that humans are able to communicate. We have to. We have to realize that the crisis with the virus is not only a pandemic crisis, but also a sign that we have to solve the problems of an unequal society. I’m still worried over human greed and the destructive relation to nature’s resources on our planet. To quote Fight Club, ‘We do jobs we don’t like to buy things that we don’t need.’ We need to calm down and think about what we really need.” 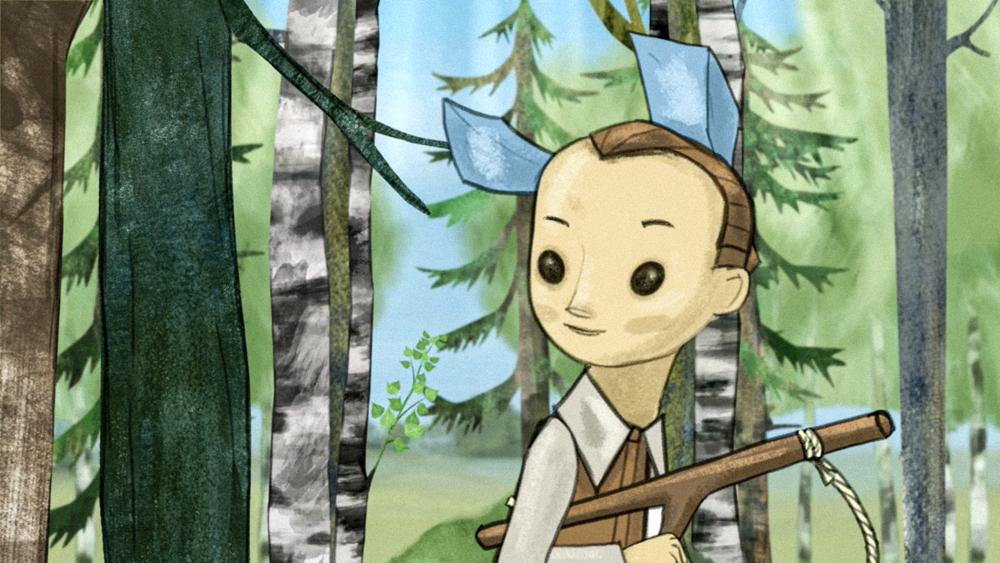 The director says she was very happy to read the positive reviews of the movie after its debut at Annecy in June. “I feel that the audience understood my message and were able to follow all the several storylines in the film. It was a relief to read in several European languages the similar positive response, with a deep engagement in the story.”

She also hopes that My Favorite War will have a positive influence on audiences whether they see it in theaters or at home “Don’t be just a spectator in your life,” she advises. “Think about ways you can make a change for the better — even if it’s very small steps. Not all of us can be [Swedish activist] Greta Thunberg. But every tribute or support for a better world matters. Do think about some other aspects of society building. Authoritarianism is possible only if people let themselves adapt to undemocratic changes step by step. It doesn’t always start with a big radicalism in the beginning. So, be aware of those smaller changes when democracy is threatened.”

My Favorite War is part of this year’s feature lineup at the Ottawa International Animation Festival. For more info, visit myfavoritewar.com.

You may also like...
Related Topics:featured, My Favorite War
Geographic Region:Worldwide