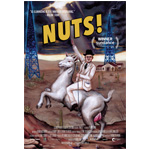 Sundance Film Festival award-winner Nuts! — an irreverent, inventive animated documentary by Penny Lane — is heading to multiple cities in the next couple weeks as it continues its limited release at select theaters nationwide.

Nuts! recounts the unbelievable true story of John Romulus Brinkley, a Kansas doctor who in 1917 discovered that he could cure impotence by transplanting goat testicles into men. From there, the story only gets more bizarre. Mixing hand-drawn animated reenactments, interviews, archival footage, and a very unreliable narrator, Nuts! traces Brinkley’s rise from poverty and obscurity to the heights of celebrity, wealth, and influence. Along the way, he transplants thousands of goat testicles, amasses an enormous fortune, is (sort of) elected Governor of Kansas, invents junk mail and the infomercial, builds the world’s most powerful radio station, and generally annoys the heck out of the establishment. 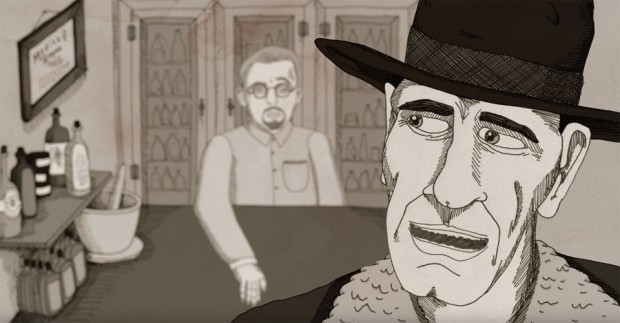