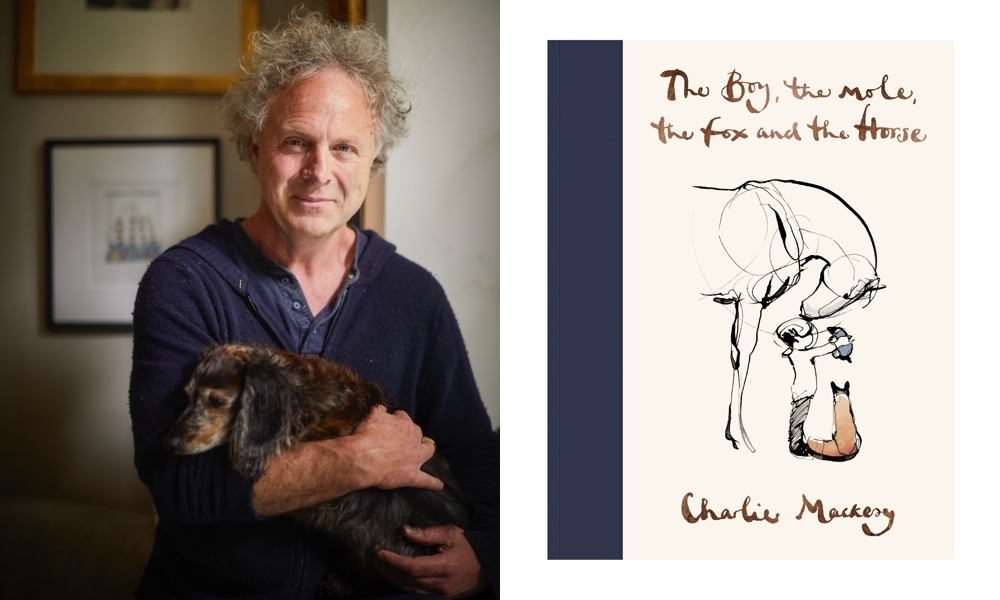 Charlie Mackesy’s illustrated book The Boy, the Mole, the Fox and the Horse captured the hearts of readers young and old with its message of kindness, hope and courage. Now, Mackesy has teamed up with producer Cara Speller to form a production company, NoneMore Productions, to extend the world of Mackesy’s book into new media. NoneMore will work with the author and additional partners to develop his stories for film, television and other formats.

The Boy, the Mole, the Fox and the Horse is a commercial and critical hit, spending 53 weeks in the Sunday Times Top 10 Bestseller list and 47 weeks on the New York Times Bestseller list, with 21 of those at Number 1. The book, which was also the first to be awarded both Waterstones Book of the Year and Barnes & Noble Book of the Year, tells the tale of a young boy who encounters a mole, a fox and a horse on a walk in the countryside, sharing with each of them profound conversations about love, life and companionship.

NoneMore’s first project will be an animated short film adaptation of Mackesy’s book being co-produced with J.J. Abrams’ Bad Robot Productions. Abrams and Bad Robot’s President of Motion Pictures Hannah Minghella will serve as producers on the project alongside Speller and NoneMore’s Matthew Freud.

“I’m continually surprised by everything, and I’m excited by this film. It’s a new adventure for me, and it’s another way for people to experience the journey of the four unlikely friends,” said Mackesy.

“Charlie has created an instant classic. From the beauty of his illustrations to the deeply moving and profound questions these characters contemplate, The Boy, the Mole, the Fox and the Horse is a balm for the soul,” said Minghella. “As we continue our own journey into animation at Bad Robot, JJ and I are thrilled to be partnering with Charlie, Cara and Matthew to bring these beloved characters to life.”

The 30-minute short will feature hand-drawn animation capturing the look and spirit of the book and will see a team of artists work alongside Mackesy to bring the project to the big screen.

“From the first moment of seeing Charlie’s soulful characters, I wanted to know more about them and how they interact with each other beyond the moments in the book. The opportunity to bring them even further to life with the magic that animation promises, and to introduce them to an even wider audience, is an incredibly exciting prospect that we can’t wait to explore,” said Speller.

The animated film reunites Speller and Minghella, who have a decade-long relationship, having first met when Speller was working with Gorillaz and Minghella was head of Sony Pictures Animation. Speller and Minghella most recently teamed to develop a family movie The Toymaker’s Secret at TriStar Pictures, written by Alex Garland and to be directed by Paloma Baeza.

NoneMore Productions, headed by Cara Speller and development executive Delphi Lythgoe, will be headquartered in the U.K.

Bad Robot’s initial foray into feature animation will be the production of Dr. Seuss’s iconic children’s book, Oh, The Places You’ll Go! set up at Warner Bros. Additionally, the company has a wide slate of projects in development under its Warner Media deal, including priority projects with Warner Bros., DC Entertainment, HBO Max, and Warner Animation Group. Bad Robot also has the thriller Lou starring Allison Janney set up at Netflix, as well as multiple projects at Paramount, including a live-action remake of the beloved anime film Your Name.