Warner Bros. has signed commercials director Nic Mathieu to direct its much-anticipated live-action movie of Robotech. The film will be produced by Akiva Goldsman and Tobey Maguire, along with Matthew Plouffe, Joby Harold and Tory Tunnell, says The Hollywood Reporter.

The 1980s-era Robotech series is an intergalactic mecha drama that spans generations over the course of three acts: The Macross Saga, Robotech Masters and New Generation. The epic begins in the year 1999, when a massive alien battlecruiser crash-lands on Earth in the midst of a bloody global war. With the possibility of a more perilous threat looming, the human race collectively undertakes the task of rebuilding the spacecraft and using its technology to build massive robots for the purpose of defending the Earth should its extraterrestrial masters come to reclaim it. When that day comes, the rebuilt ship’s inexperienced crew, led by hotshot pilot Rick Hunter and war hero Roy Fokker, launches the battlecruiser into war.

More than 20 years after Robotech want off the air, Harmony Gold picked up the story with a new animated feature film titled Robotech: The Shadow Chronicles. Navarre Corp.’s FUNimation Ent. acquired home video, broadcast and theatrical rights, giving it a very limited theatrical run in the U.S. The award-winning pic is now available on DVD. The original 1980s toon was produced by Japan’s Tatsunoko Productions. 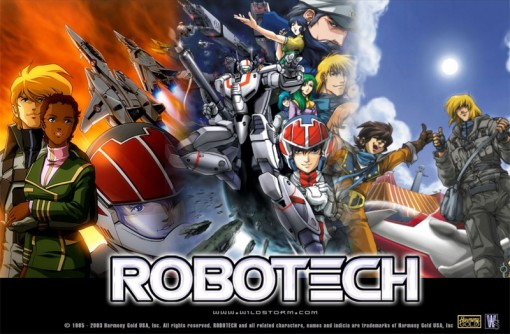 Toon Boom Hosts Women in Animation N.Y. Event
‘A Liar’s Biography’ Out on Disc on Feb. 12