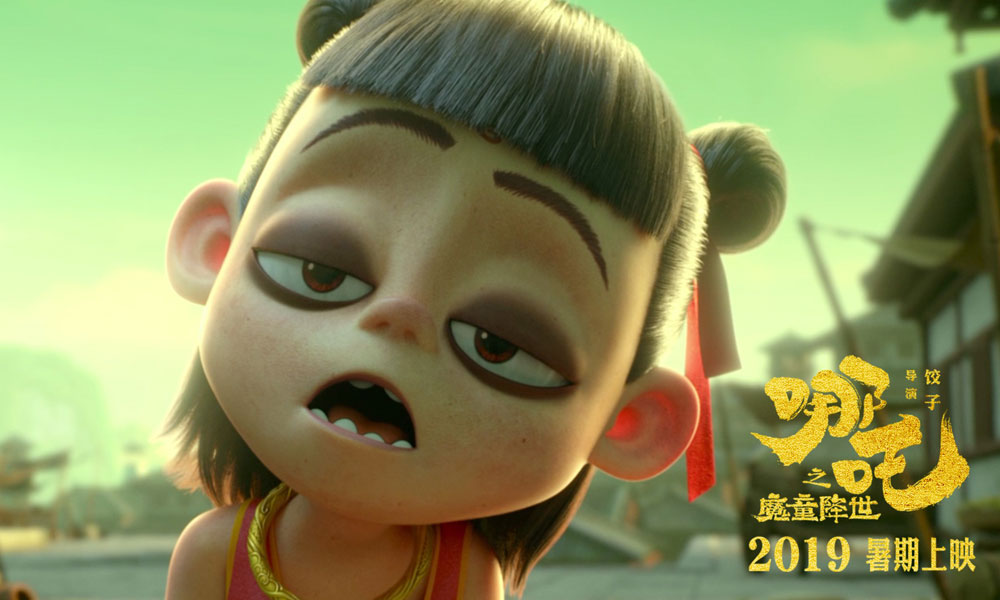 Thanks in part to an ambitious theatrical distribution and strong online buzz, the new Chinese CG animated epic Nezha broke local box office records for an animated feature release, taking in $91.5 million in its official opening weekend. Directed and written by Jioazi (“Dumpling”), the adaptation of a myth-filled Ming dynasty novel is the second-highest grossing movie in the world for the weekend, just behind The Lion King, which it is quickly catching up to in China.

Nezha is adapted from Xu Zhonglin’s 16th century book Investiture of the Gods, a work of historical fiction retelling the beginning of the Zhou dynasty in an epic struggle that pulls in many traditional tales involving gods, demons, mortals, spirits and magic. The movie is produced by Chengdu Coco Cartoon and distributed by Beijing Enlight Media.

Preview screenings the previous weekend earned $8.8M ahead of the Friday, July 25 launch, bringing the total to $103M according to Artisan Gateway consultancy.

The film opened on a record number of IMAX screen (618, the most ever for an animation) and scored the country’s biggest July IMAX opening with $7.7M. Nezha is the first Chinese 3D animated film made for IMAX, according to South China Morning Post.

Nezha had an 8.8 out of 10 score on film discussion platform, and a 9.7 on online ticketing service Maoyan — the movie is backed by Enlight, Maoyan’s major shareholder. Moviegoers are excited by this new, surly teenage version of the legendary anti-authority figure of Nezha. Audiences have been favorably comparing the film to a previous Chinese animation B.O. record breaker, Monkey King: Hero Is Back (2015), also based on classic tales.

The Lion King — released in China a week ahead of other markets — took in $5.8M in its third week, bringing its Chinese cume to $115M.