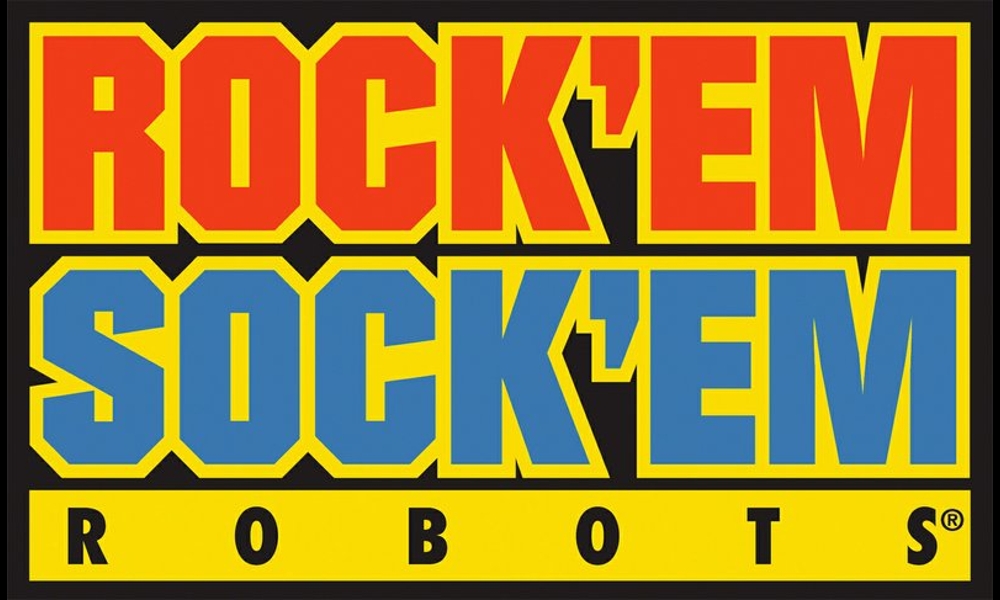 Mattel Films Developing Rock ‘Em Sock ‘Em Robots Live-Action Movie
In the works with Universal Pictures and Vin Diesel’s One Race Films (with Diesel tapped to star), the project will take the classic battling robot tabletop game to the big screen. Red Rocker and Blue Bomber will come to life with Mattel Films (led by Kevin McKeon), Diesel and Samantha Vincent (The Fast and the Furious franchise) as producers and a screenplay by Ryan Engle (Rampage, The Commuter). The story will follow a father and son who form an unlikely bond with an advanced war machine. 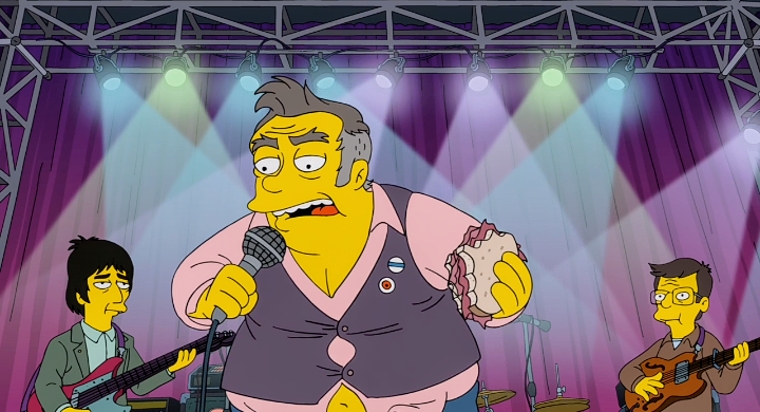 Morrissey’s Manager Slams ‘The Simpsons’ for “Harshley Hateful” Parody
The episode “Panic on the Streets of Springfield” featured Quilloughby (voiced by guest star Benedict Cumberbatch), an imaginary friend of Lisa’s who is the depressed, British singer of fictional ’80s band “The Snuffs.” According to series writer Tim Long, the character was inspired by Smith’s frontman Morrissey, The Cure’s Robert Smith and Joy Division’s Ian Curtis. The singer’s manager Peter Katsis took to Facebook to lambast the show for having “degenerated to trying to capitalize on cheap controversy and expounding on vicious rumors” and adding, “Truly, they are the only ones who have stopped creating, and have instead turned unapologetically hurtful and racist.” In recent years, Morrissey has been called out for supporting anti-Islam right-wing group For Britain, calling Chinese people a “subspecies” and saying London mayor Sadiq Khan cannot “talk properly.” 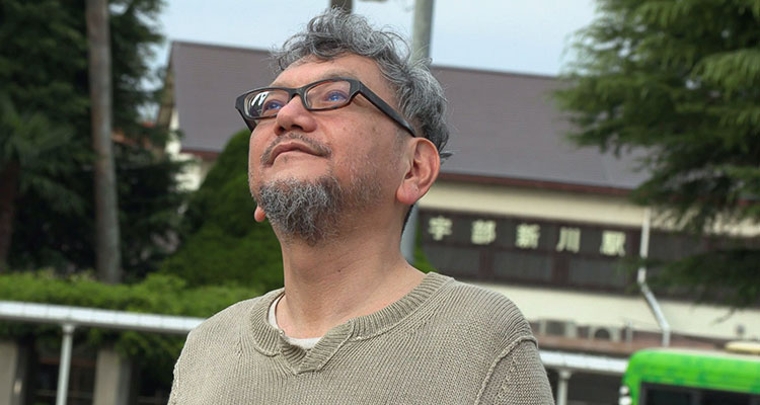 NHK Recutting Hideaki Anno Doc for International Release
Four years ago, the anime legend opened his studio for the first time to a documentary team from the Japanese pubcaster to reveal the making-of the finale to his mecha opus, Evangelion: 3.0+1.0 Thrice Upon a Time. The two-part behind-the-scenes story Hideaki Anno: The Final Challenge premieres on the NHK satellite channel on April 29, and an international version is currently in production. [H/T ContentAsia.tv] 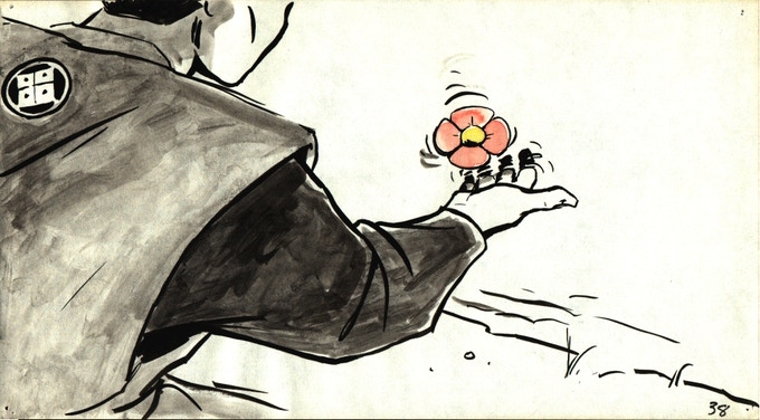 CROWDFUND: ‘The Flower’ 2D Animated Short
A flower falls into a river and floats downstream through 15th century Japan, drifting through a story of strength, loss and remembrance of those we love. The hand-drawn short’s journey began in the Walt Disney Feature Animation Florida Studio before the studio closed in 2004, and now the talented Golden Age animators behind it are seeking $35,000 to bring it to bloom. The creative team includes director Andrew Simmons, art director Jaison Wilson and animation director Tom Bancroft.

Hear more about Simmons’ journey to realize The Flower‘s production in his interview with The Bancroft Brothers Animation Podcast, available here. 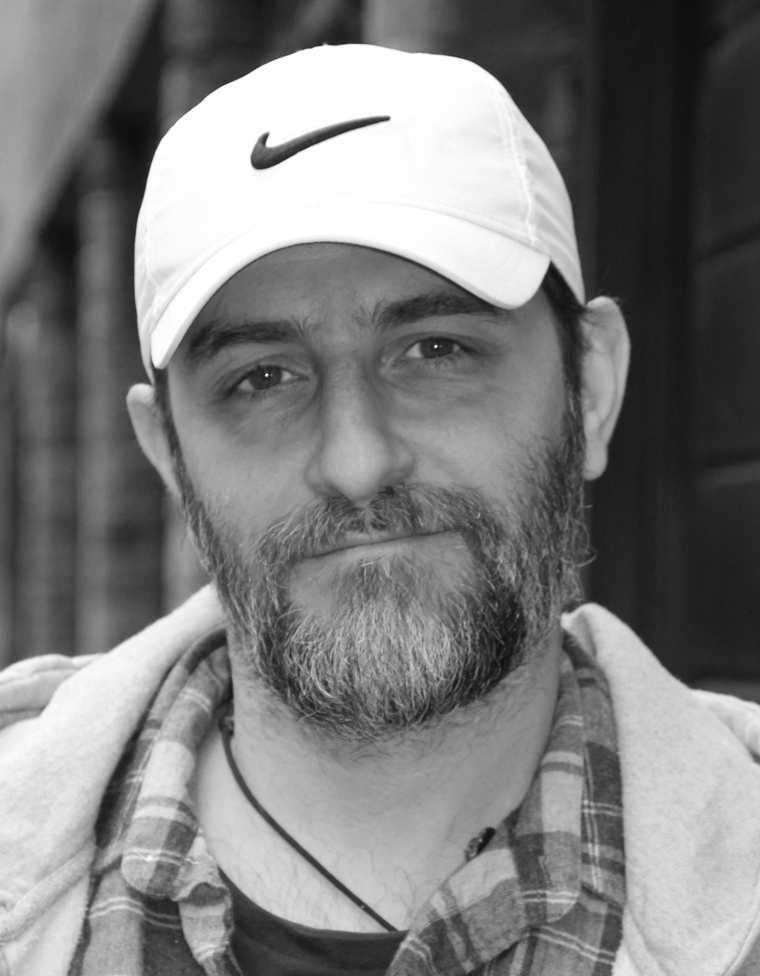 MPC Film Welcomes Emile Ghorayeb as Animation Director
Bringing more than 25 years’ experience in VFX and animation to the post, Ghorayeb has worked for a number of leading studios including ILM, Weta Digital and Sony Imageworks as an animation director and animation supervisor in films such as F9, Alita: Battle Angel, War of the Planet of the Apes and Riddick. As an animation artist,he brought to life notable characters including Shrek and Donkey, Halo’s Master Chief and Cortana, the T-Rex and Raptors from Jurassic World, Bumblebee, Megatron and Optimus Prime, Caesar, Alita, the Avengers and many more.

Ghorayeb also managed his own company which oversaw animation work on Transformers: Dark of the Moon and Transformers: Age of Extinction for ILM. He went on to win an Annie Award for his work on War of the Planet of the Apes hero character, Caesar, as well as a VES nomination for Outstanding Virtual Cinematography in a CG Project for Alita: Battle Angel.

WATCH: ‘The Batman’ Teaser Trailer – Animated
The fanimation created by illustrator/animator TheArt91Lee on YouTube recreates the preview for Matt Reeves’ take on the Dark Knight in a compelling comix-noir 2D style. The Batman is due in theaters March 4, 2022. [H/T GameRant.com]